It has been awhile since I have written. I have been very busy.
I worked in Ft. Smith, AR, on a hail storm. I was exhausted every night and just did not have the time. I am presently in Kansas.
This is my first day off and I had to go to the Oz Museum . 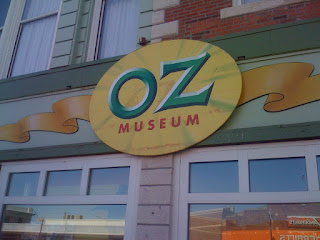 Especially because a couple of days ago there was a tornado that destroyed homes down to the slab only 1/2 mile from my hotel. I was so tired that I slept through the entire thing. I found out that most of the occupants in the hotel had been down in a conference room on the first floor. Most of the guest except me. I was sleeping in my bed. 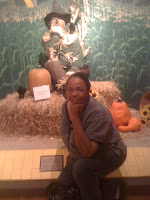 The museum is in Wamego, Kansas, which is about 8 miles from where I am working in Manhattan, KS. The words that are all over the museum is "There's no place like home." 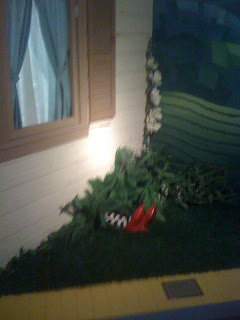 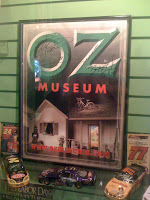 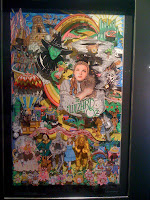 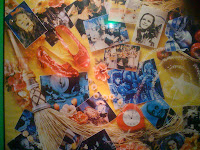 These words are the dream of a small community that literally built a museum out of a rainbow's notion? There are over 2,000 artifacts dating from 1900 to today. When we were there we were told that they were in the process of moving out what we had seen today to move in a new exhibit which would open in August. 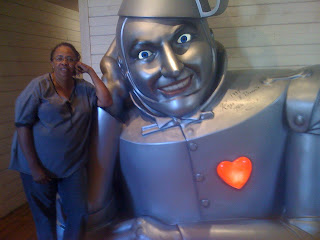 The OZ museum was built with a major grant from the State of Kansas and the generosity of the people of the community. The museum houses more than just memorabilia from the famous 1939 MGM musical starring Judy Garland encompassing silent films, one of which starred Oliver Hardy (Laurel and Hardy fame) as the Tin Man as well as "The Wiz" starring Diana Ross and Michael Jackson. 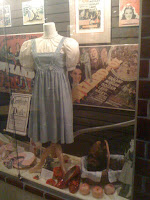 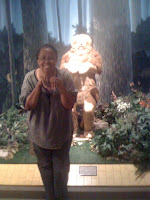 The museum offers everything from the earliest Baum books and Oz Parker Brothers board games to today's collectibles. I felt the $7 charge was steep at first but if you are a true OZ buff, you will get your money's worth. 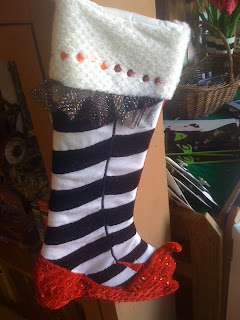 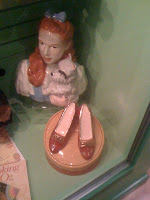 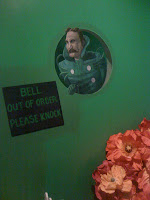 I went with a co-worker, Fay. We found the OZ Winery 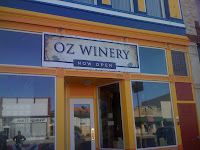 store but they were closed. We will go back to get some wine with names like; Run Toto Run, Witch in a Ditch, Witch Gone Good, O.E.O, Yellow Brick Road, and Emerald City Lights.


There was also the Emerald City Market which according to what it said on the window was that the store features mported cheese, chocolates from around the world, truffles and fudge, an array of Italian foods, Absolutely Wicked coffee, and many other fine foods, along with imported hand-painted Portuguese pottery. 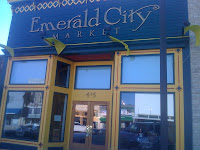 As for what project I brought with me this time...I joined a KAL for the Clapotis Shawl. I picked up some Ashford Takepo on my way here in nice fall colors. I will take a picture once I get further along. 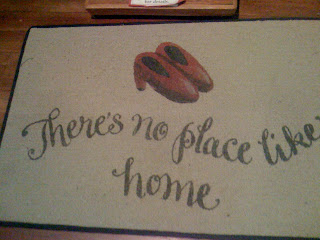 Posted by Louise at 9:04 PM No comments: