Since leaving Lake Wales, I have not been doing a whole lot but enjoying my time in the woods and some sewing. Originally, I wanted to say I was living off the land but it just does not sound right. I have been enjoying all the comforts of home while staying in the middle of national forests for the last 2 weeks. The only roughing it has been getting to the primitive campgrounds because you drive for miles down dirt roads, however when you realize you have internet, wi-fi, TV, a microwave and a bathroom.. roughing it does not sound right. I have finally pulled out my little grill and have been enjoying making my dinner and breakfast on the open fire... okay, propane.

My daughter and son-in-law gave me a solar shower when I first started out so I will be trying out that as soon as this rain stops and the sun comes out. Basically, you hang the bag in the sun filled with water and in a few hours, you have have hot water. It is my plan to bring the bag inside and hang it in my shower and take a nice shower without using my precious on board water. There is a spigot here in the campground so I will use that water.  I can then catch most of the water in my folding water pail to throw out later. This way I will have less water going into my grey tank that fills so fast.

Where am I now? I am staying at Wood Lake Hunt Camp, in Sopchoppy, FL. This is free primitive camping where you can stay for 14 days at a time. During hunting season you can stay longer. There is a boat ramp, drinking water and restrooms. The good thing, and why this one was chosen to stay in, is that there is a camp host family here who keeps an eye on things and there is cell service.  I don't use the toilets in the campgrounds but it is nice to know they are available if my black tank starts to get full.

Before coming to Wood Lake, I was in another primitive campground called, West Tower Hunt Camp in Lake City, FL.  It also had water, toilet and a camp host who was terrific!  His name is Billy and he made campfires and took me wild turkey hunting. Well, not exactly, he was actually taking me
to get pine needles so I could make a basket when the turkey was spotted.  I am in a ghillie suit holding a turkey decoy. 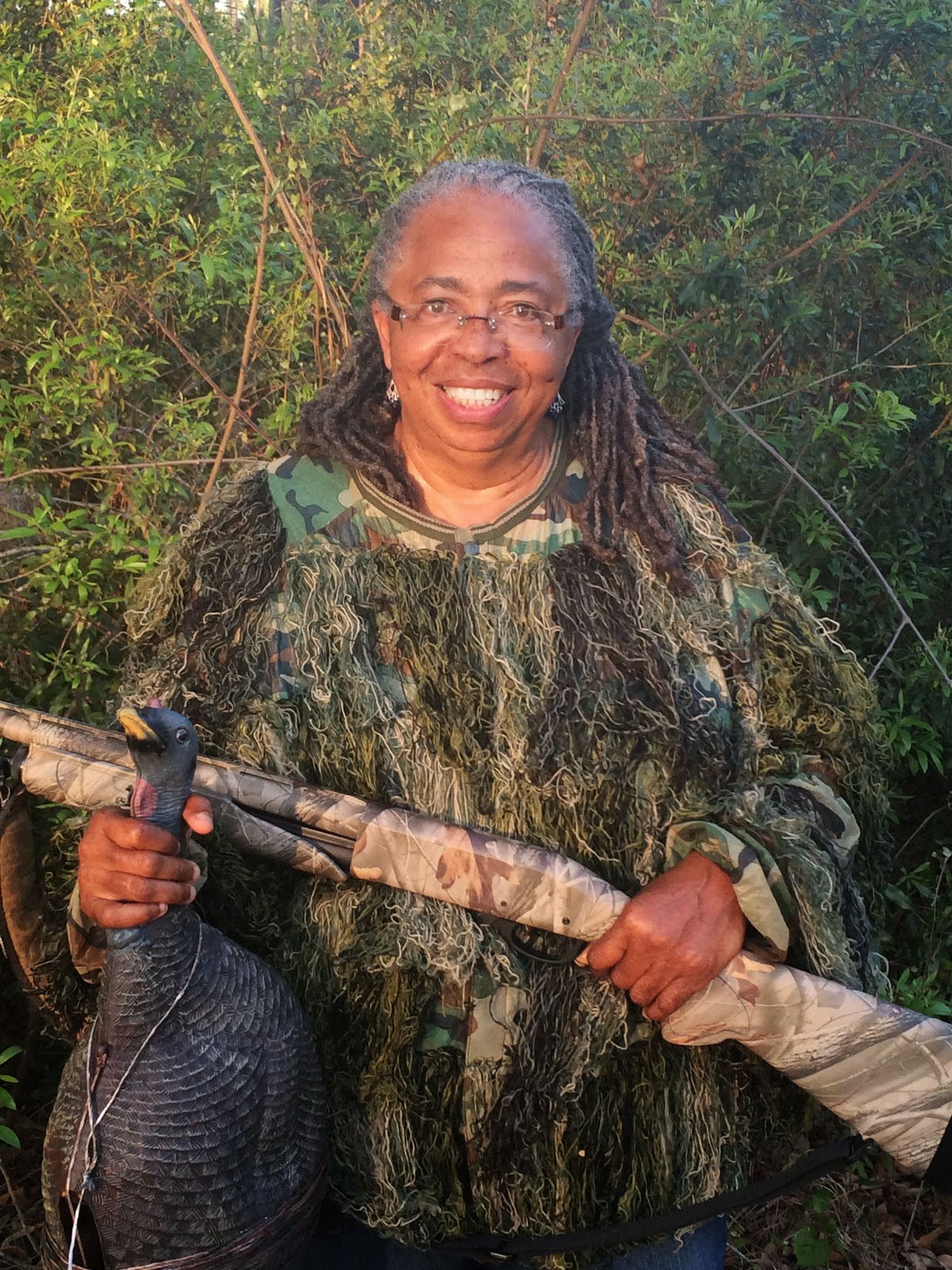 While driving to Wood Lake, we took a back road that was so bad that I damaged Miss Kitty.  Some bolts that held the house battery tray came out and a ground wire pulled loose causing one of the batteries to short.  I did not know this until I found that the batteries would not hold a charge no matter how long I ran the generator. I have the "Days End" directory from Escapees which lists free or low cost places to stay while traveling.  At the end of each state listing there is a section called "Good Guys" which are repair companies that other RVers have found to be fair, courteous, and not rip off artists.

I checked and found that there was a place in Tallahassee that was only 33 miles from me.  I called Tallahassee Truck and Freightliner,  3321 Garber Dr., 850-576-3772, and spoke to the owner, Howard Flowers, explaining my problem.  He told me to come right in.  When they found out the problem, I was told that I would need to spend the night because they were short handed and could not pick up the parts until the next morning.  I was in the 30 amp RV bay and would have been quite comfortable but when they saw I had 50 amp, they moved me to a bay that supplied it.  He even left the breakroom open in case I wanted to go in for a change of scenery that evening.  The next morning, I was shown what the problem was, and after they fixed it, they checked all the fluids and even got a hug from the owner.  Howard told me to call him anytime if I have a problem because he could probably walk me through troubleshooting over the phone. Would I go back? You betcha! In fact, it is my plan to go back to have him give my RV a thorough once over when I am back in Florida next year. 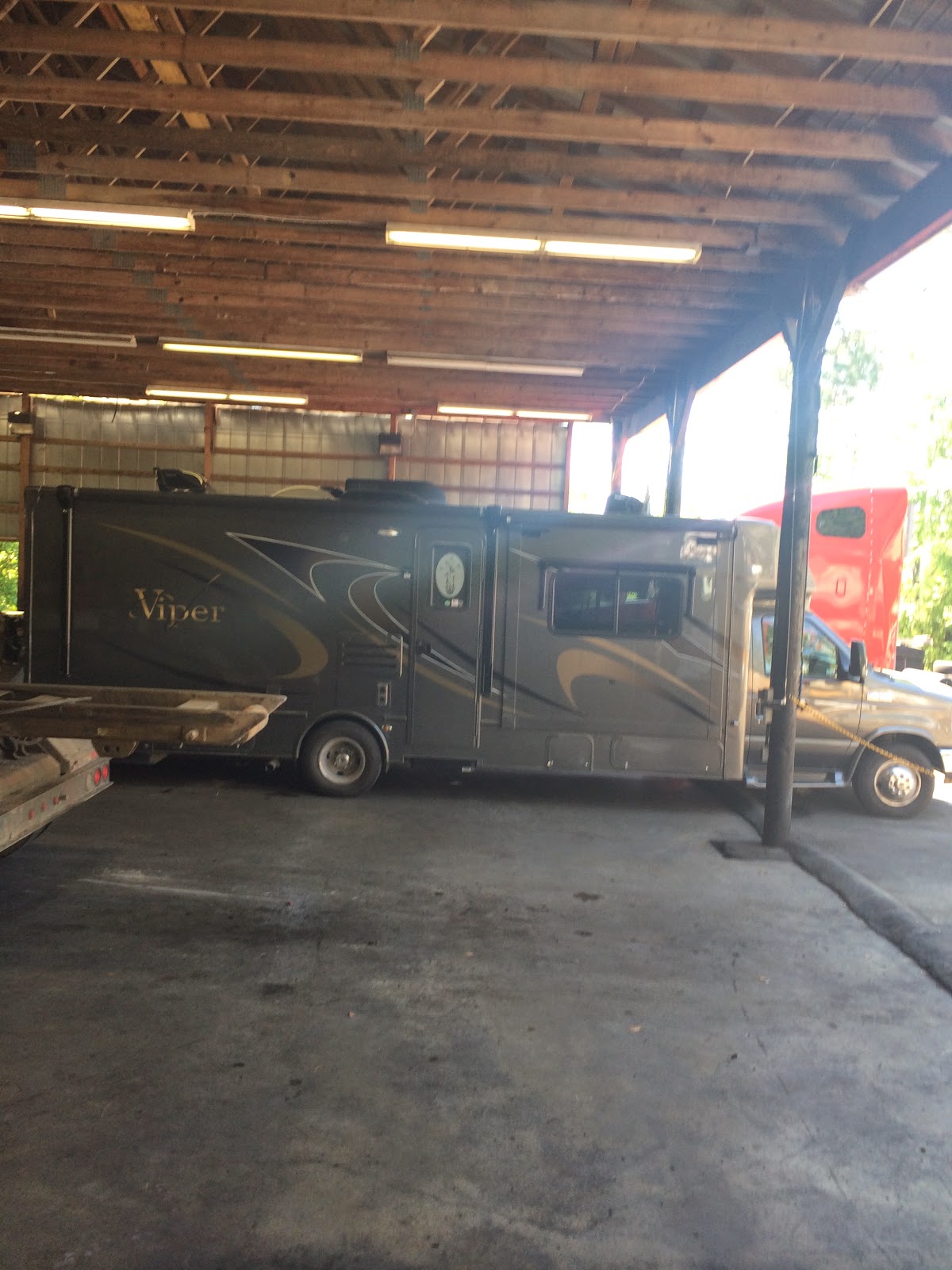 Miss Kitty getting worked on. 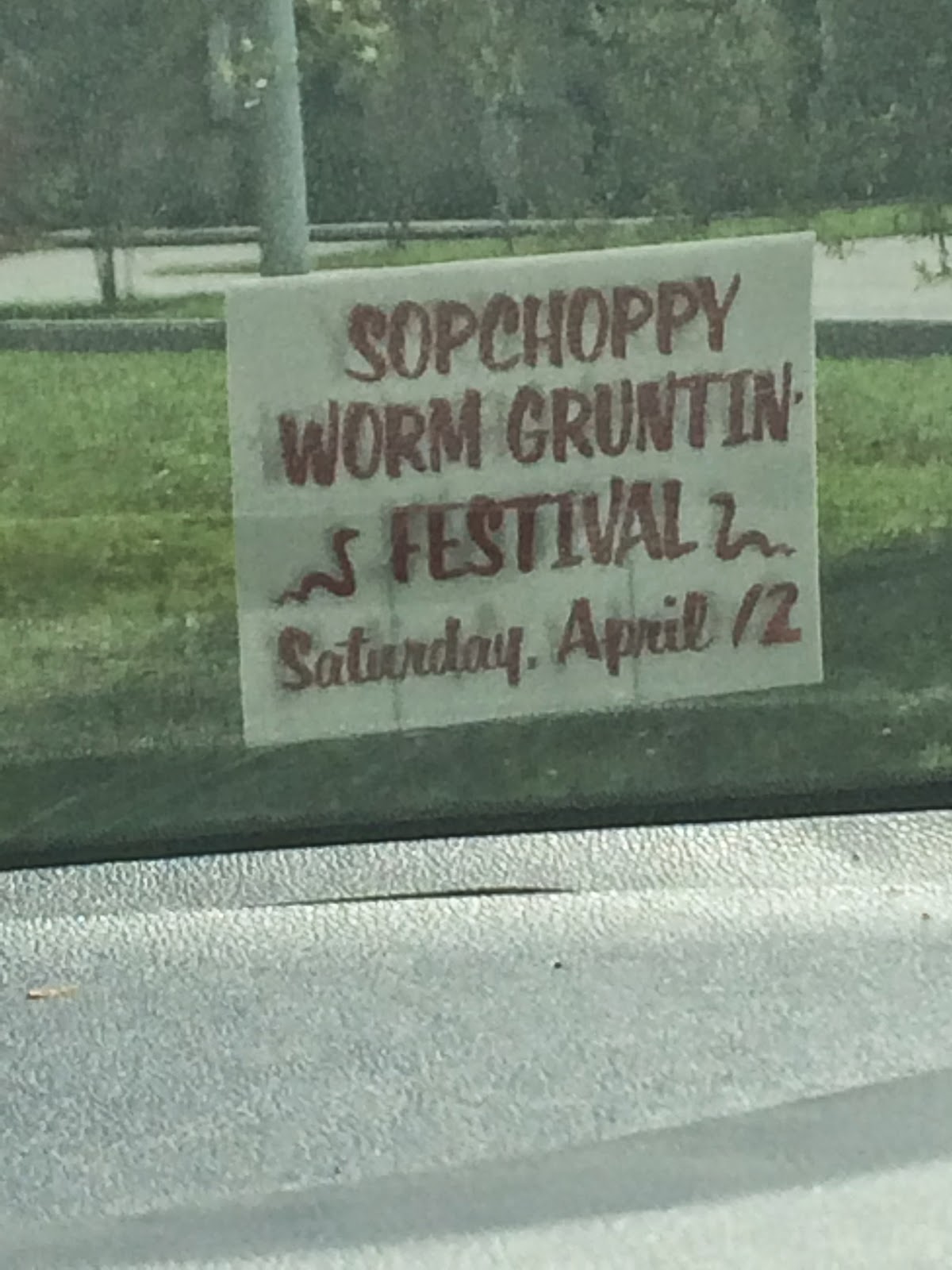 Sopchoppy, the town I'm currently in, is a very tiny, tiny town but they do have a claim to fame. While driving to the campground, I saw this sign and almost stopped in the road because I was laughing so hard.  Of course, there was no way I was going to miss it.
How could I miss the  14th Annual Sopchoppy Worm Grunting Festival?!?

I did not get there in time to see the 5K run at 8am, but I did walk through the arts and crafts area that boast 90 vendors. 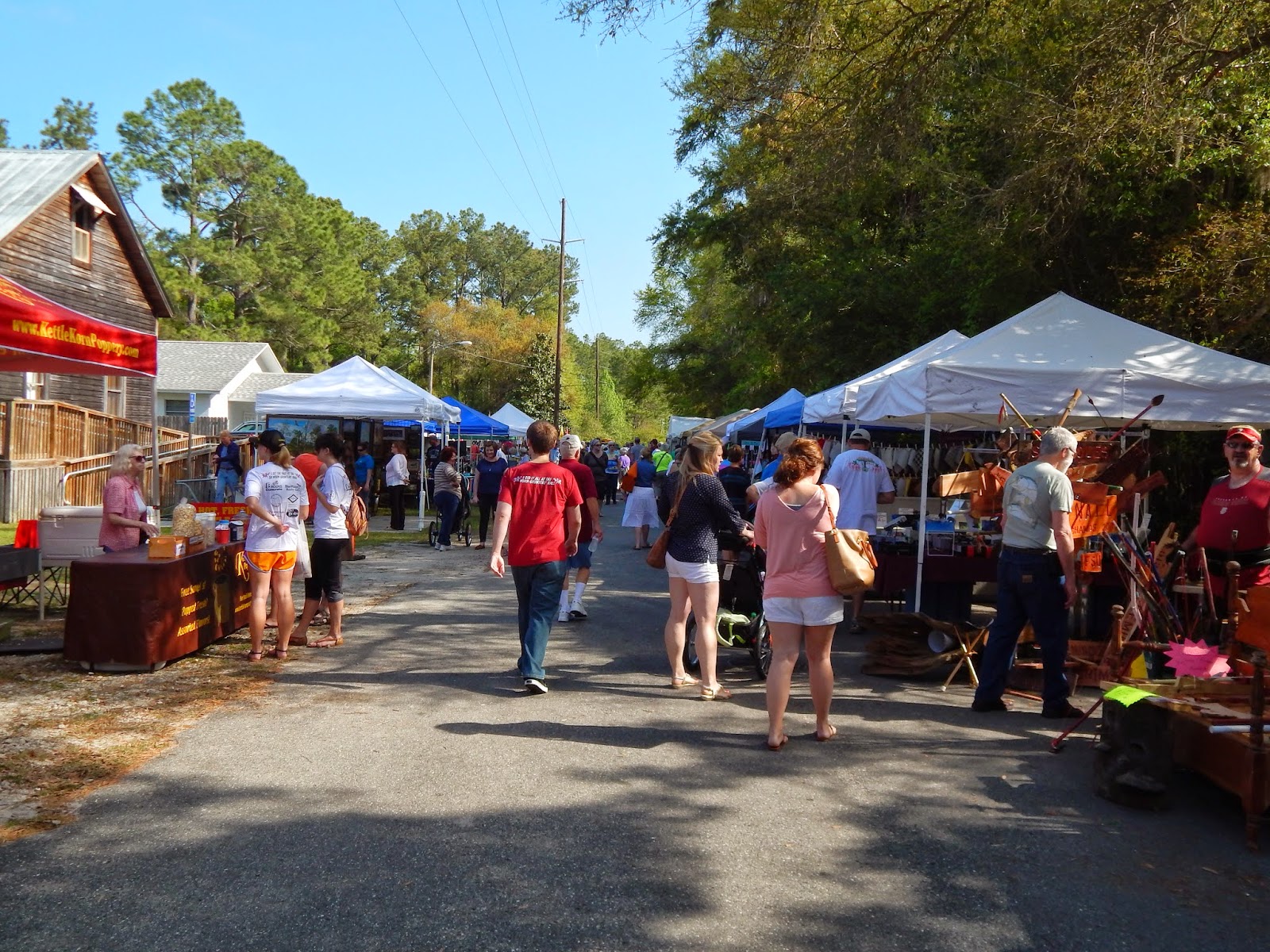 I am not sure that there were that many vendors but what there was brought tears to my eyes from laughing so hard. The themed items were hilarious! 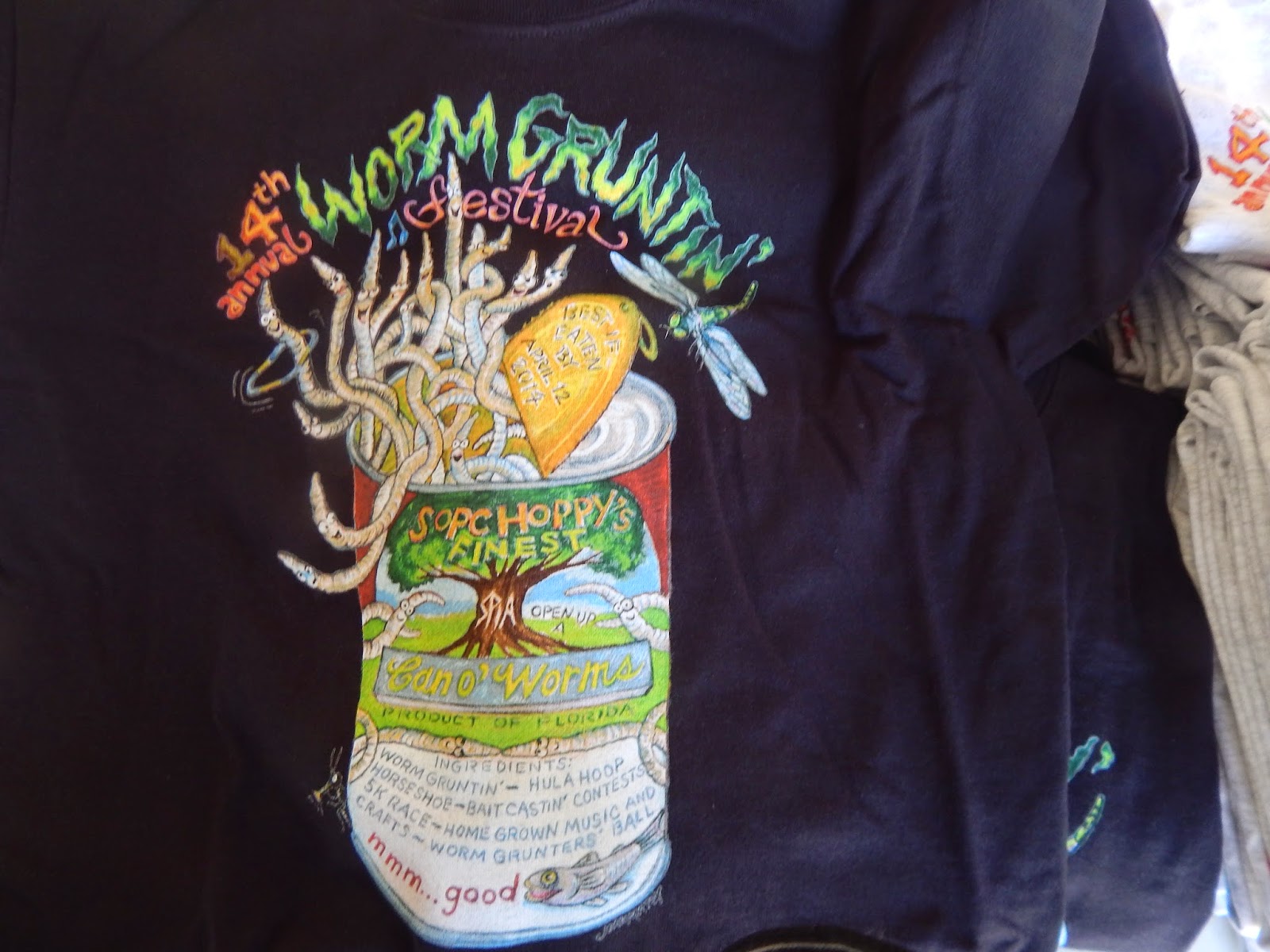 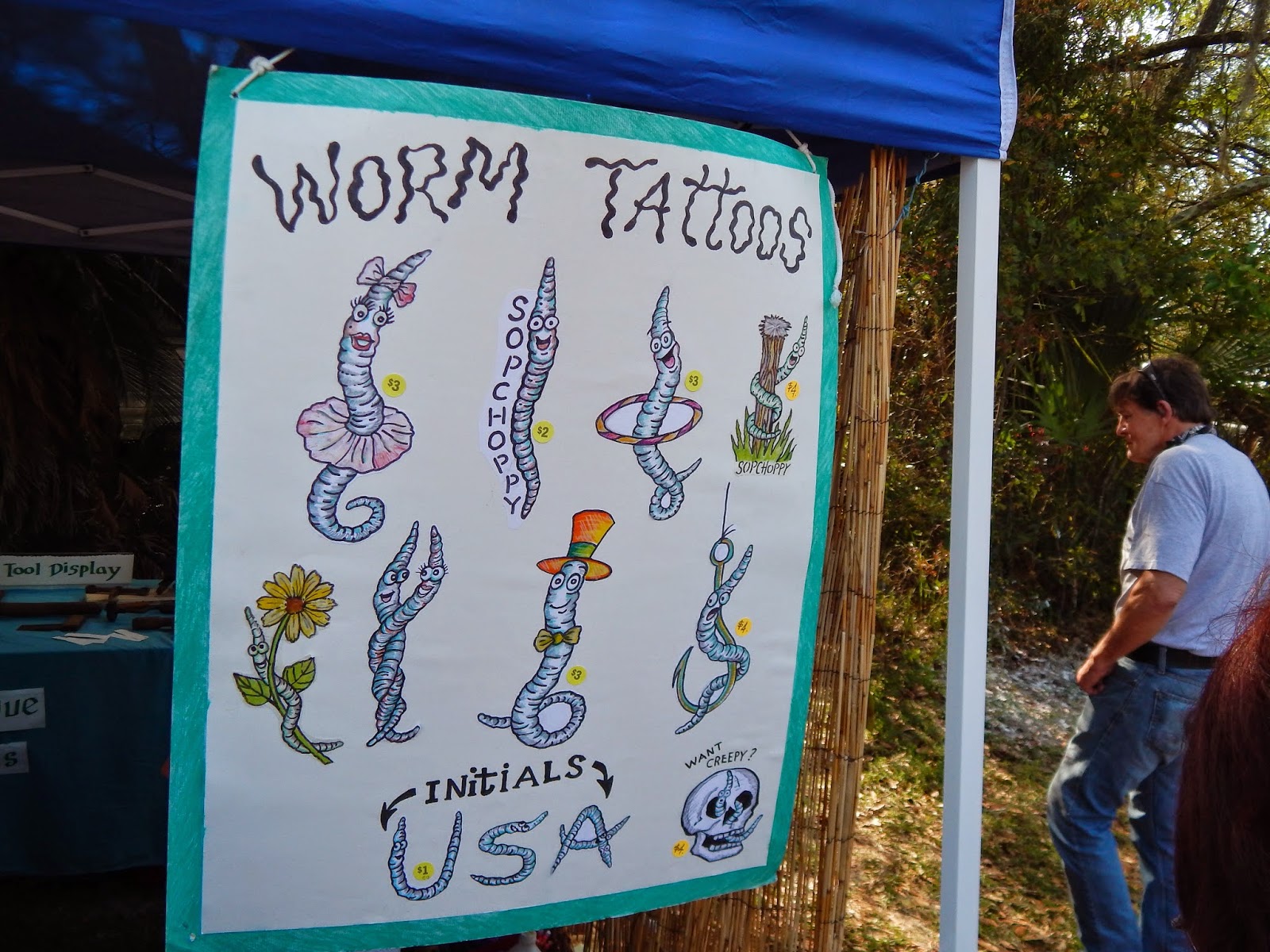 I was tempted to get one but I did not think any would work with my dreadlocks. 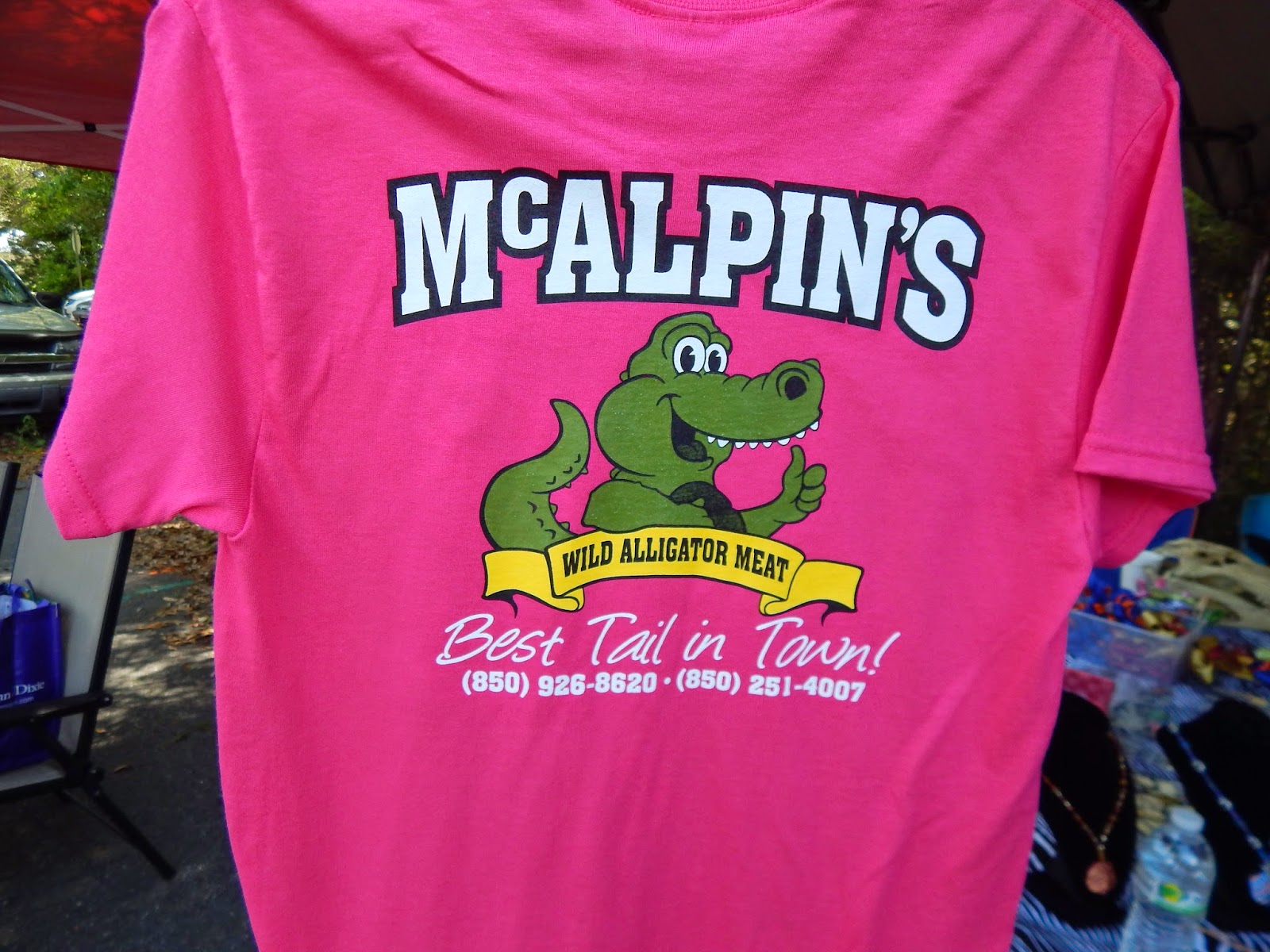 I passed on this booth as well. 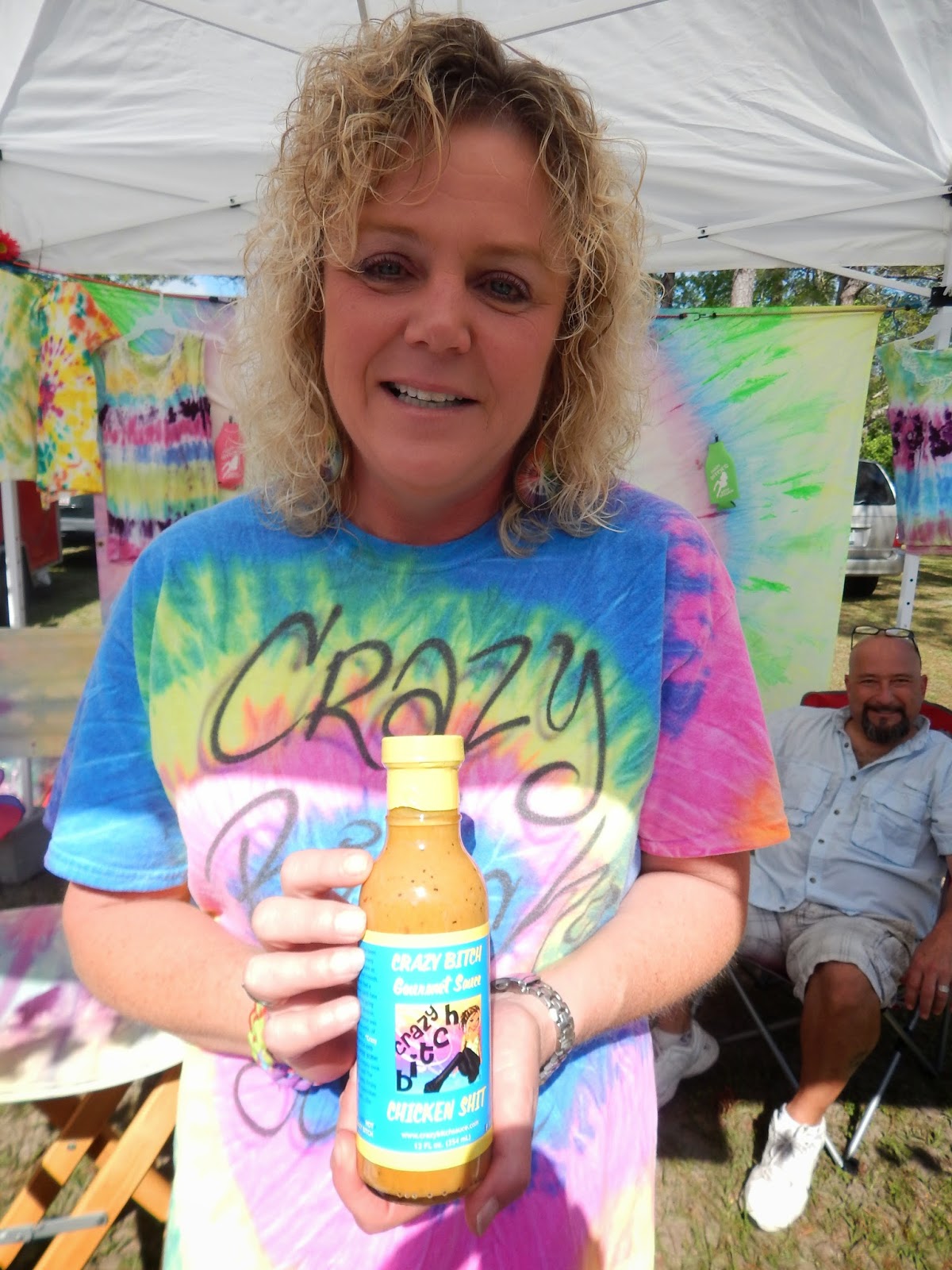 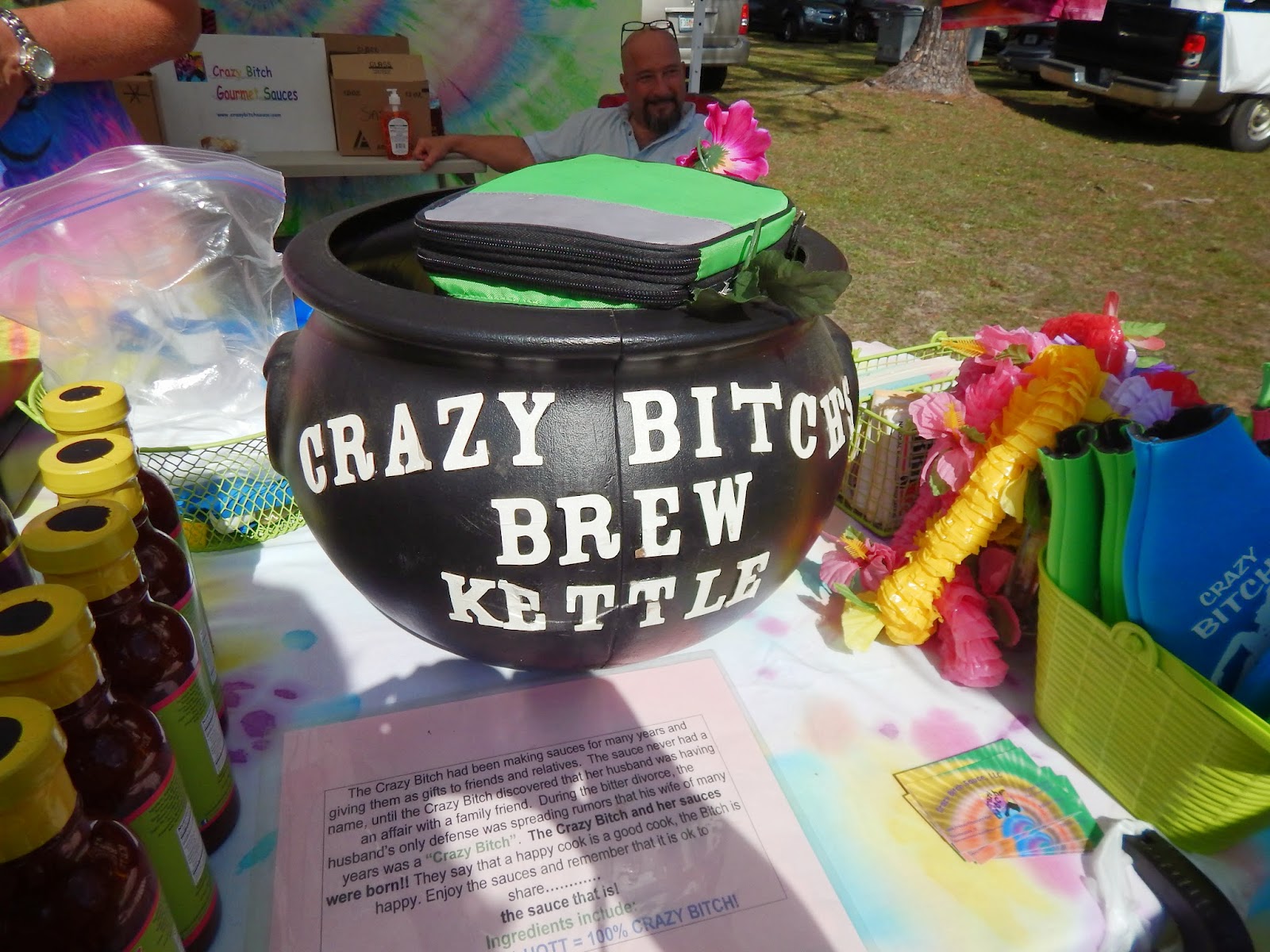 She takes a bit of explanation... The name of her business is "Crazy Bitch". She said she'd caught her ex-husband cheating with the woman whom she thought was her best friend. He called her a "Crazy Bitch" so she decided to name her sauce business after him.

So what is worm grunting you ask? You have to see it to understand it but it's a way to get worms to come up from the ground so you can collect them for selling and/or fishing. I could not get my video to upload so I borrowed this one from You Tube. A "professional" did a demonstration before letting the children and amateurs try their hand. 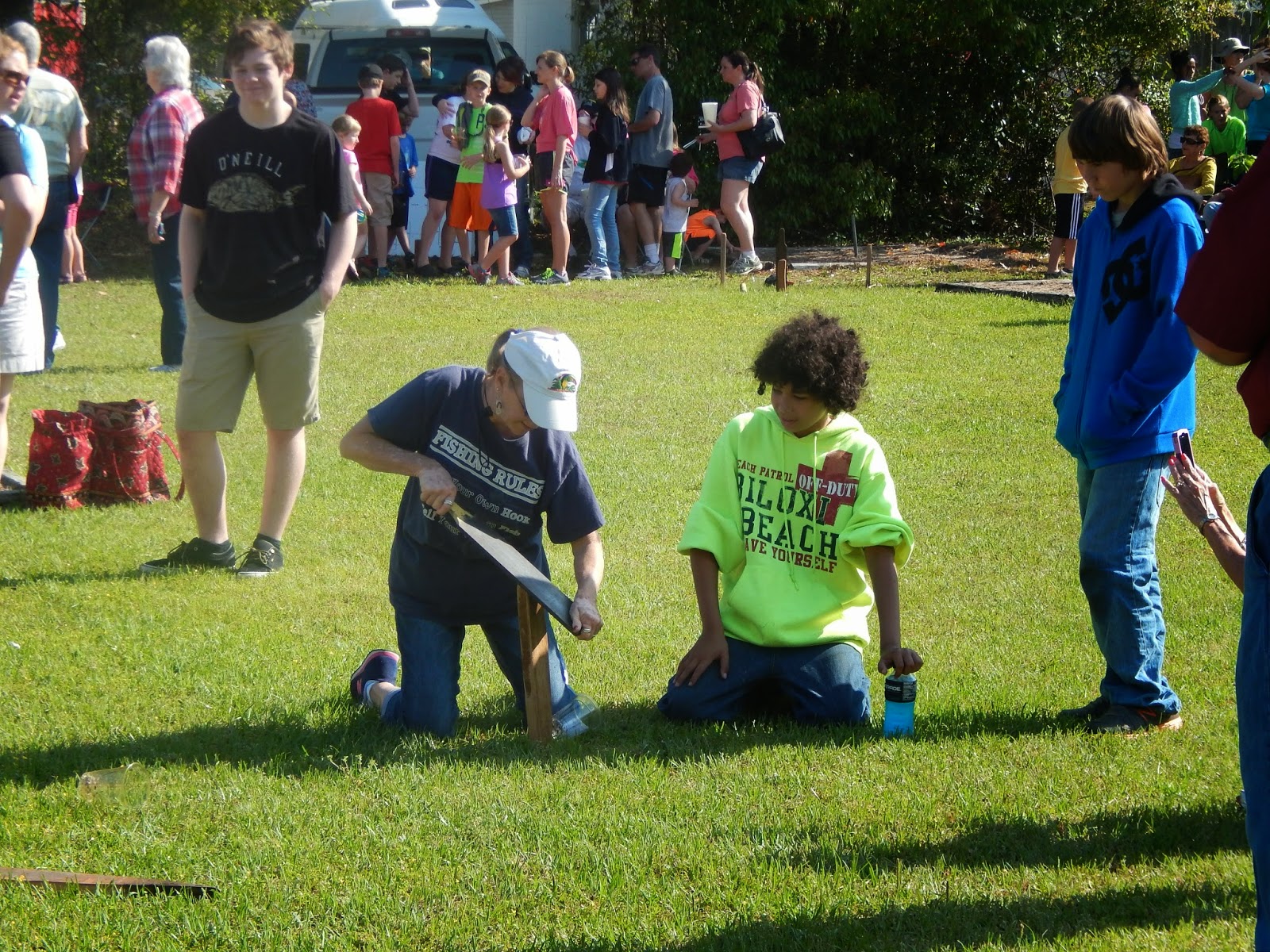 These children are trying there hand at worm gruntin 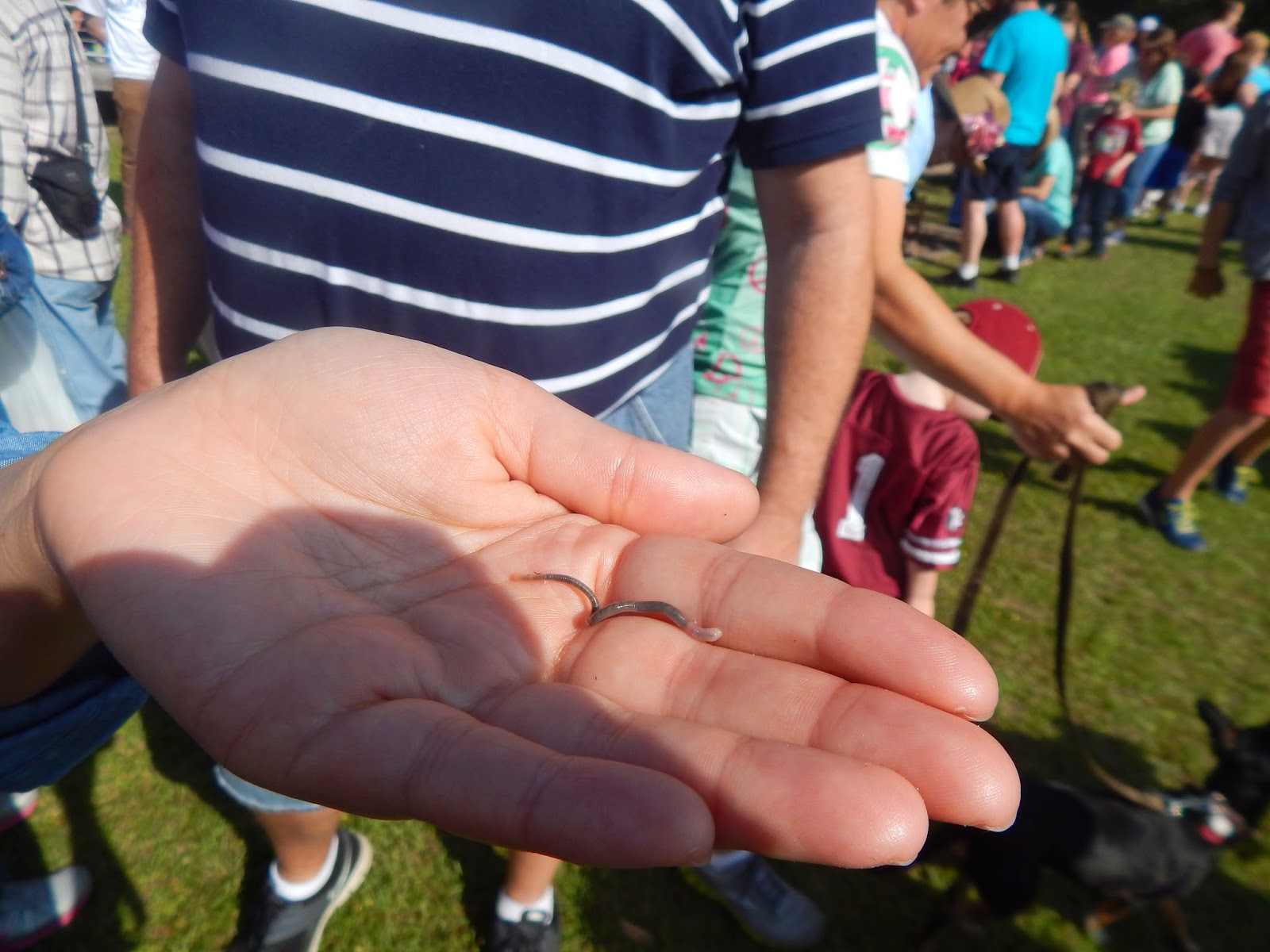 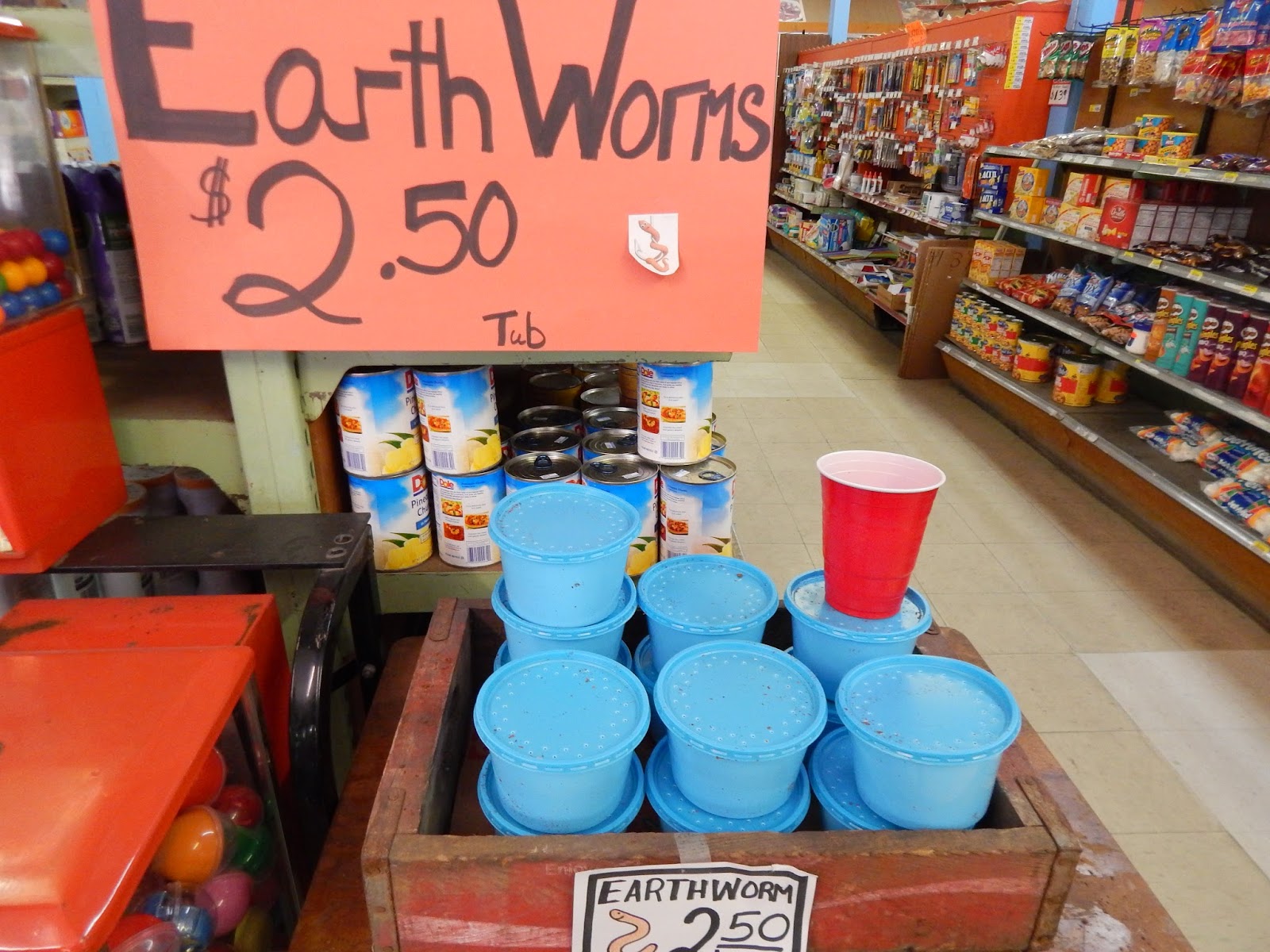 I actually found that they sell worms in the local IGA grocery store. 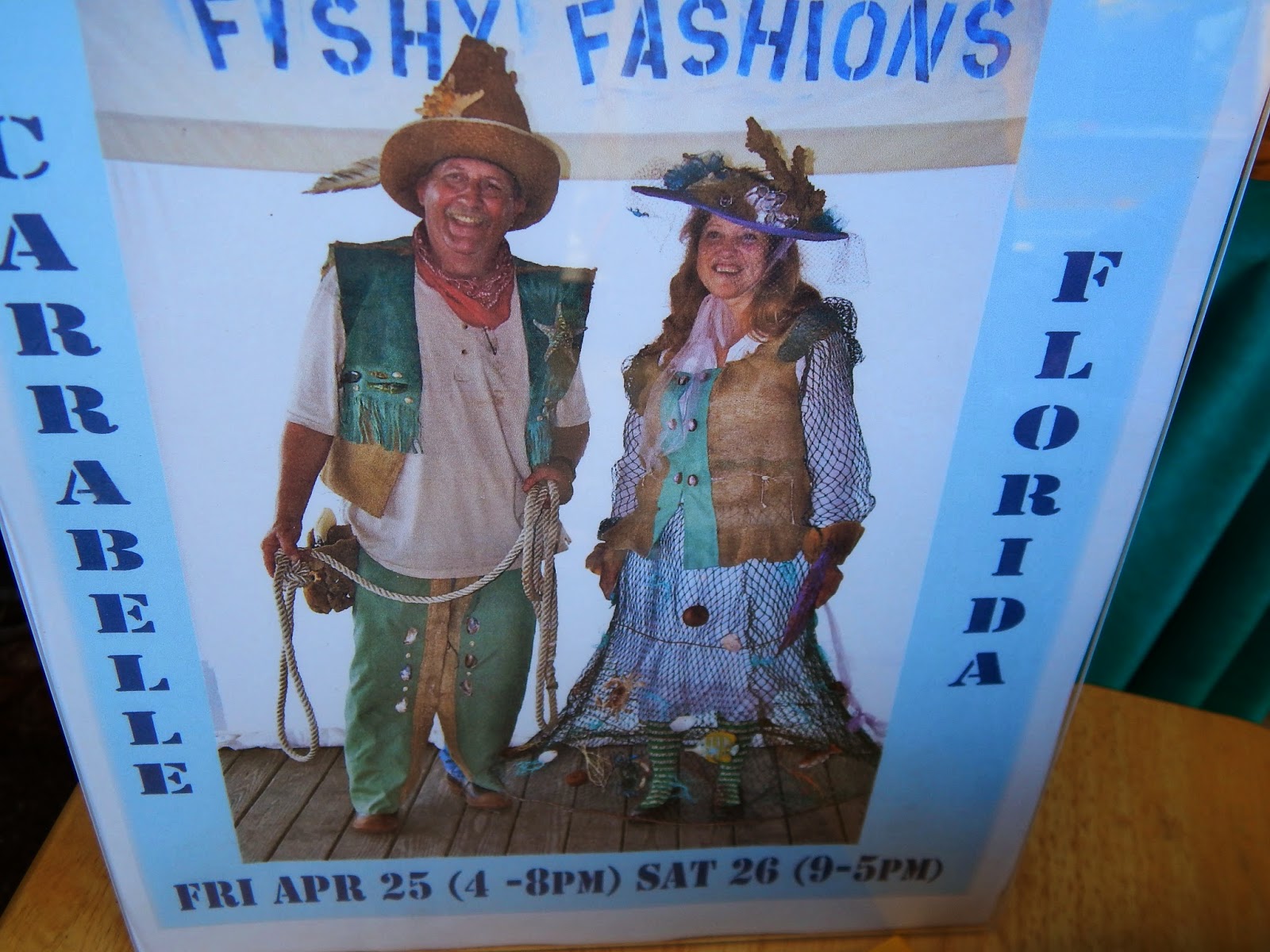 I might not have been selected as the Worm Grunting Queen but I had a great time. 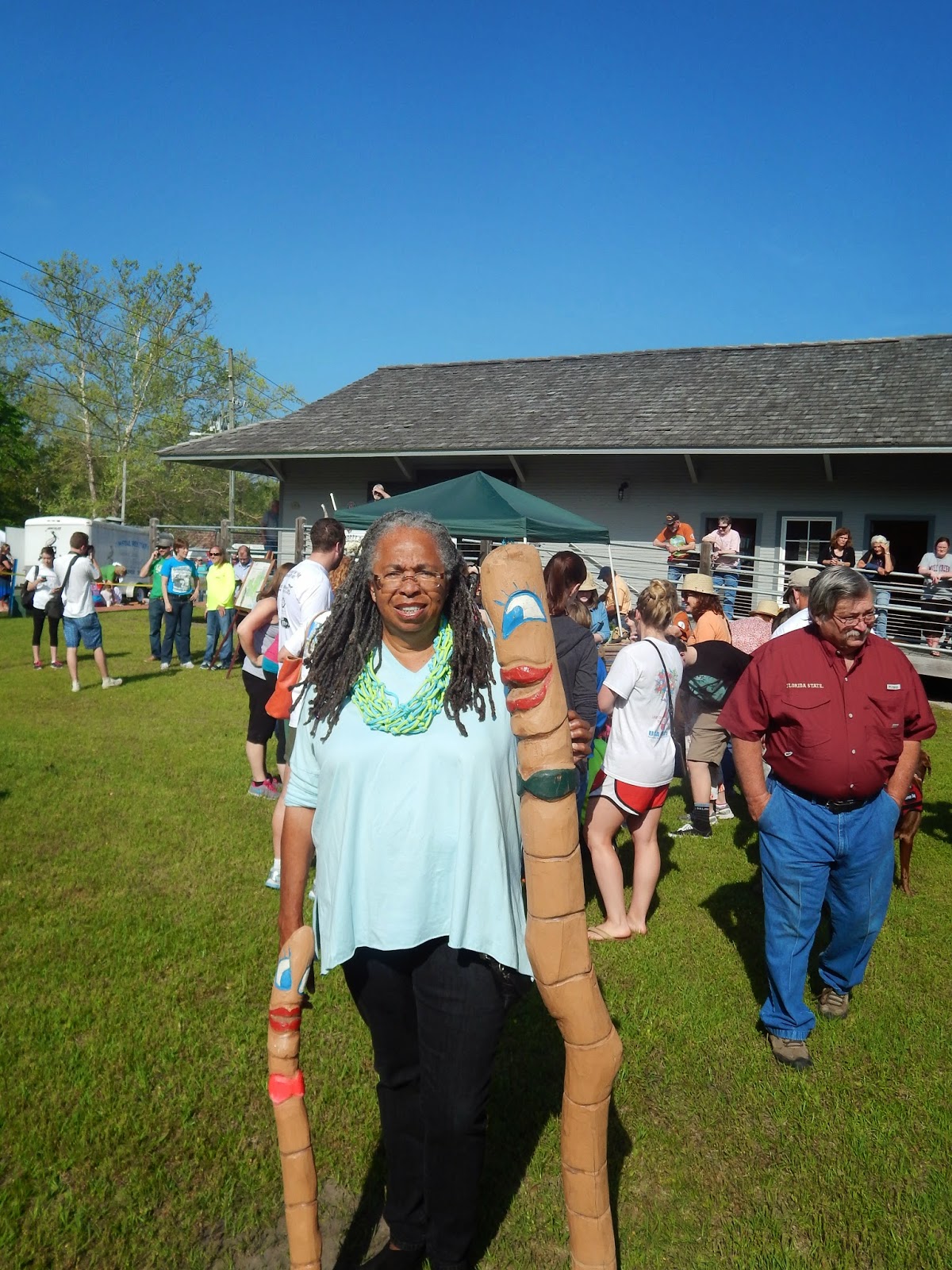