I attended the 17th Annual Sport Kite Flying Championships on the beach of the Treasure Island hotel.  The competitors earns points toward the Eastern League competition.

The day was cloudy and at times, there was no wind.  The announcer stated that the champions practice in a gym so they do not need the wind to perform. All I can say is WOW!!!


The video above shows what one of the  competitors could do in the kite ballet competition.  They actually made the kites dance to the music. 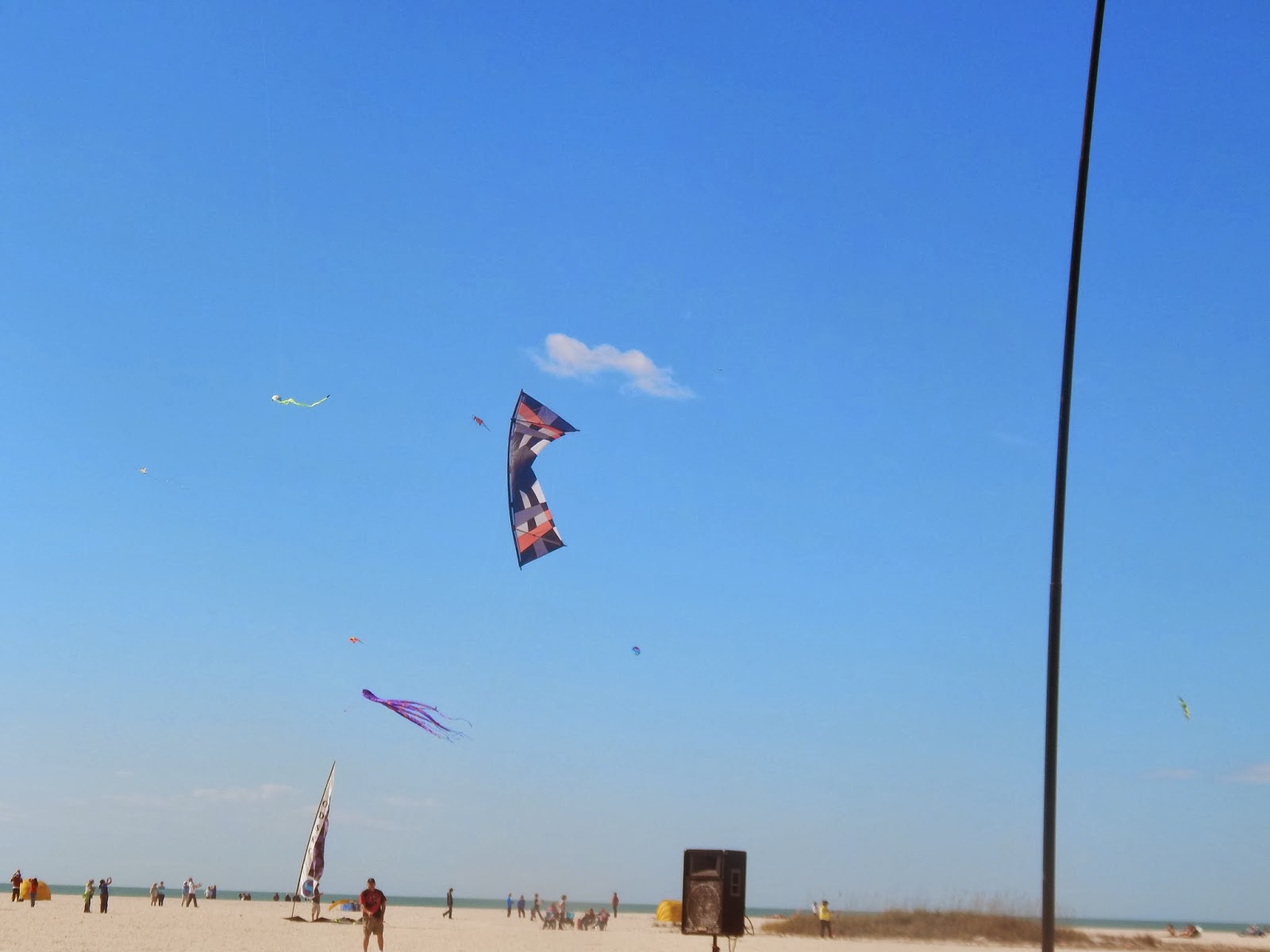 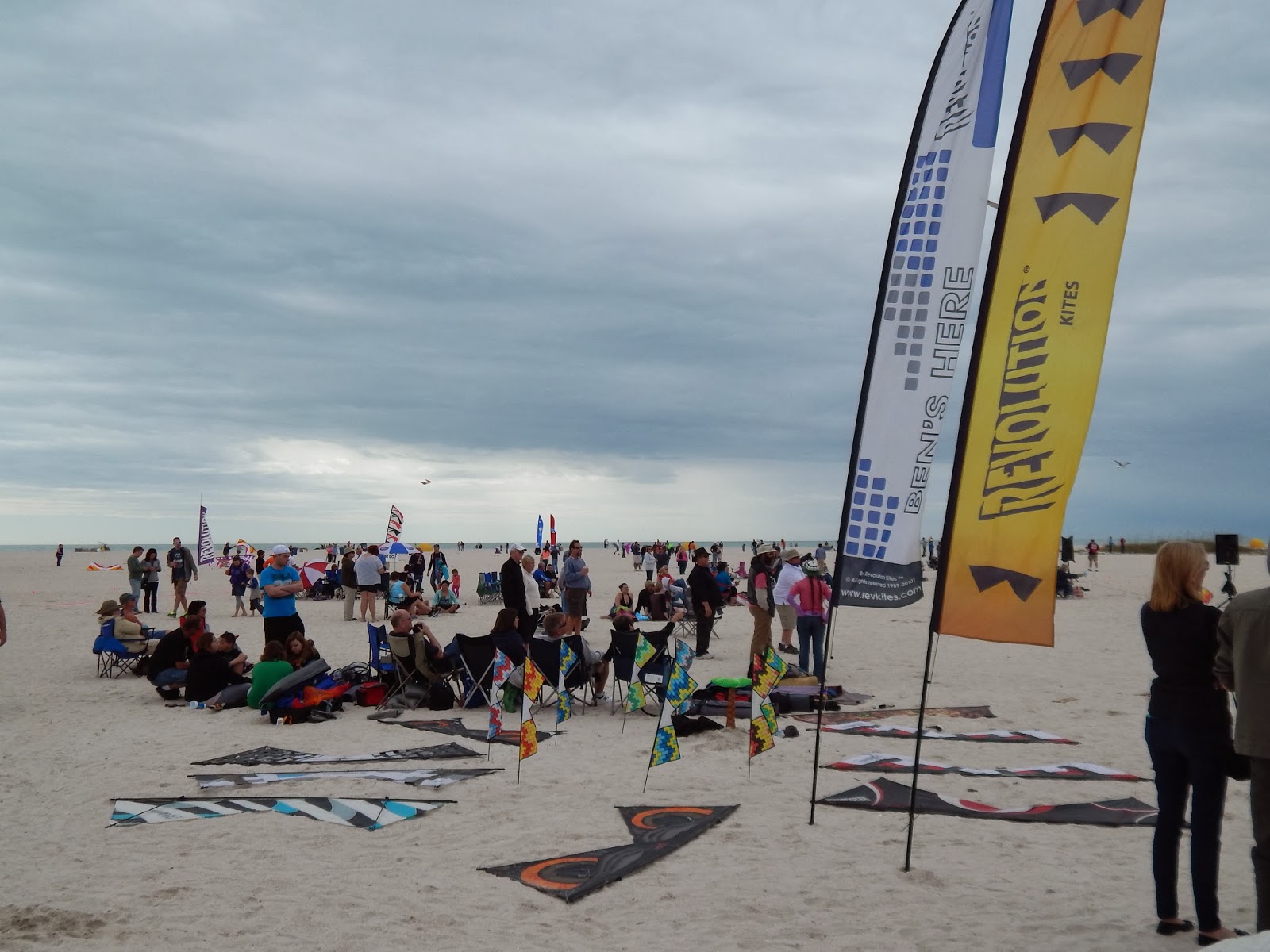 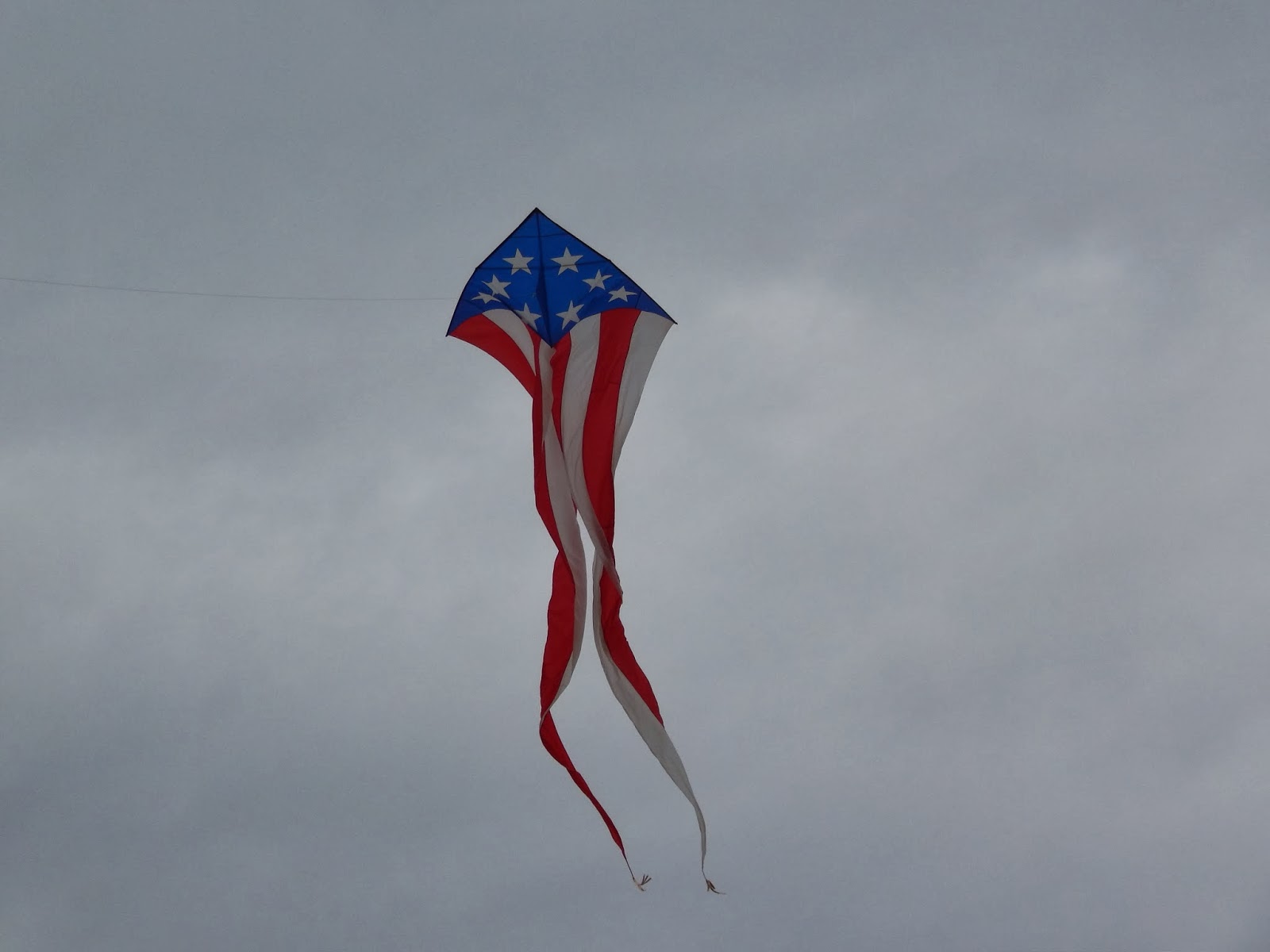 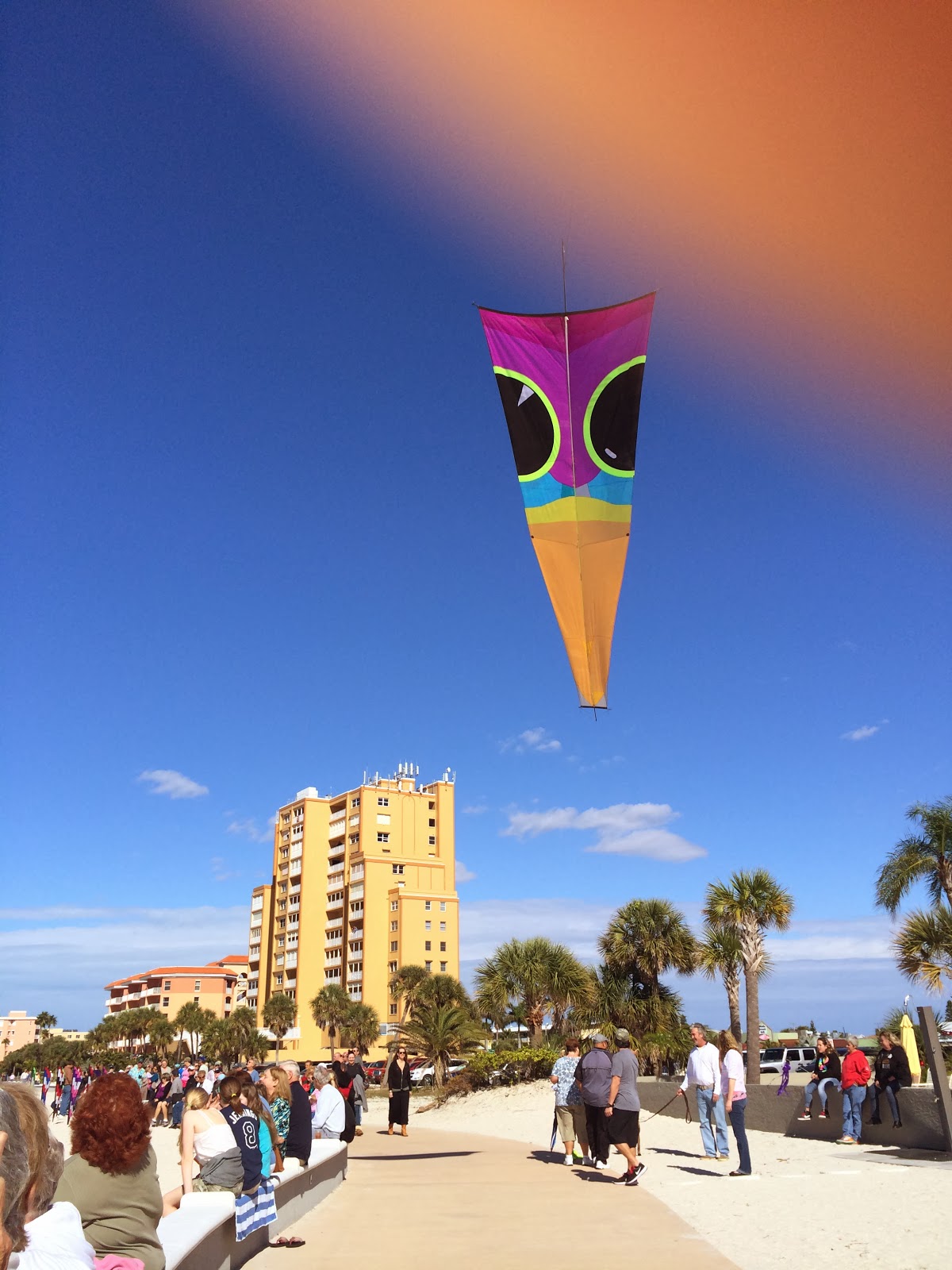 Earlier in the week I attended the Tampa RV Show, not to buy an RV but to get some new toys for Miss Kitty.   I had a chance to stop by the Nexus exhibit to say hello.  Along the way, I ran into these characters. 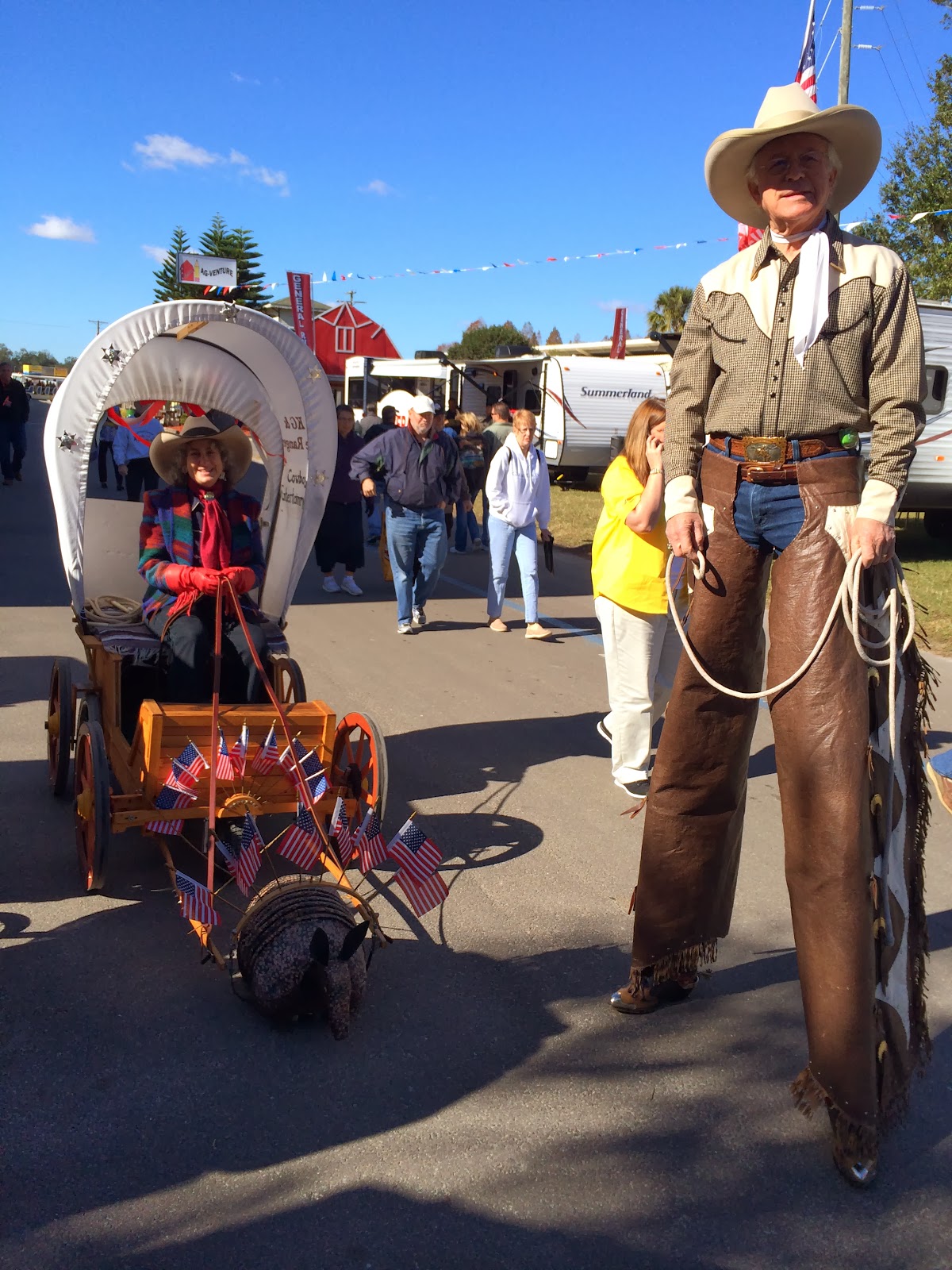 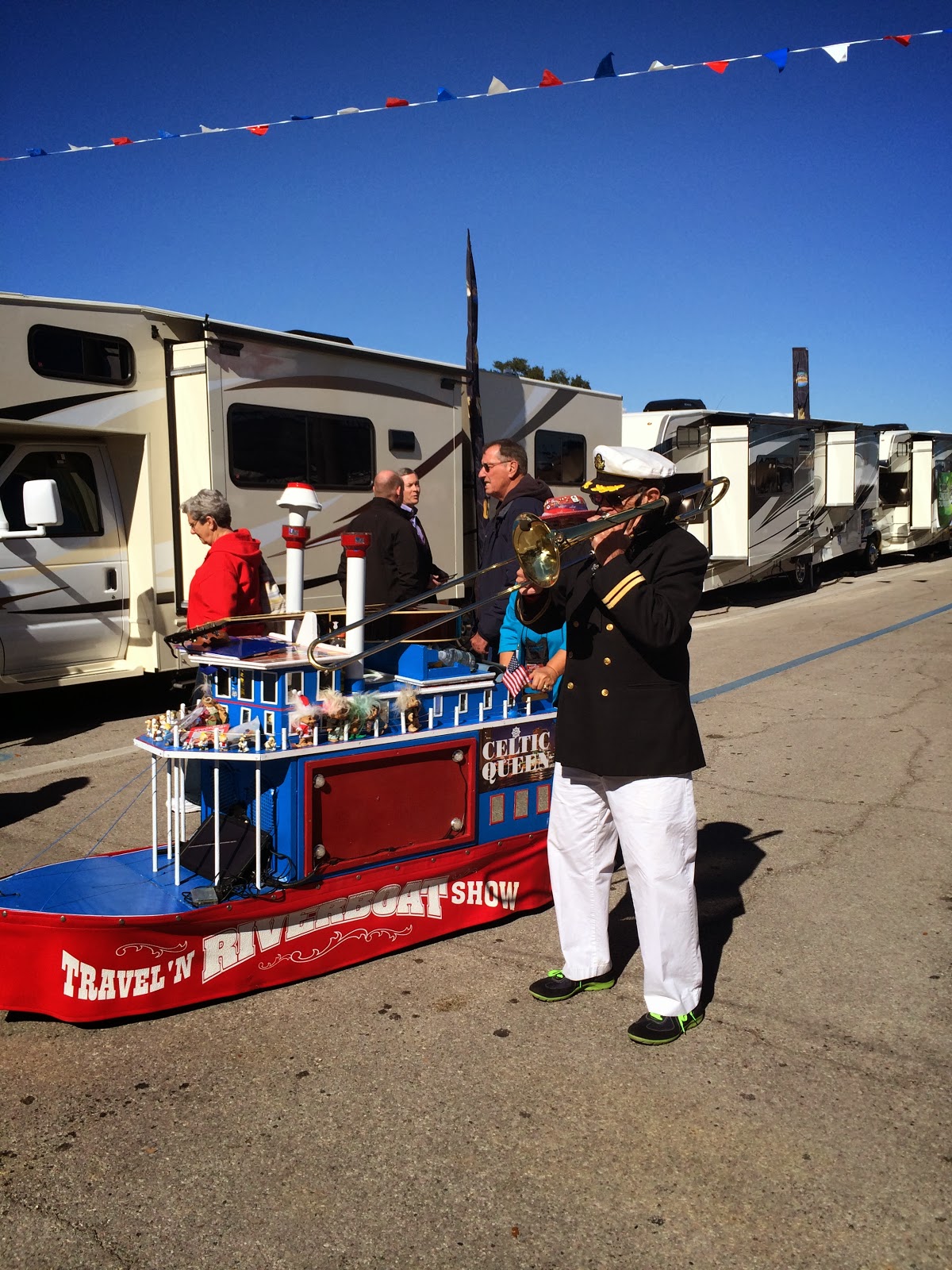 It told my daughter that I was buying this to go under my awning..... 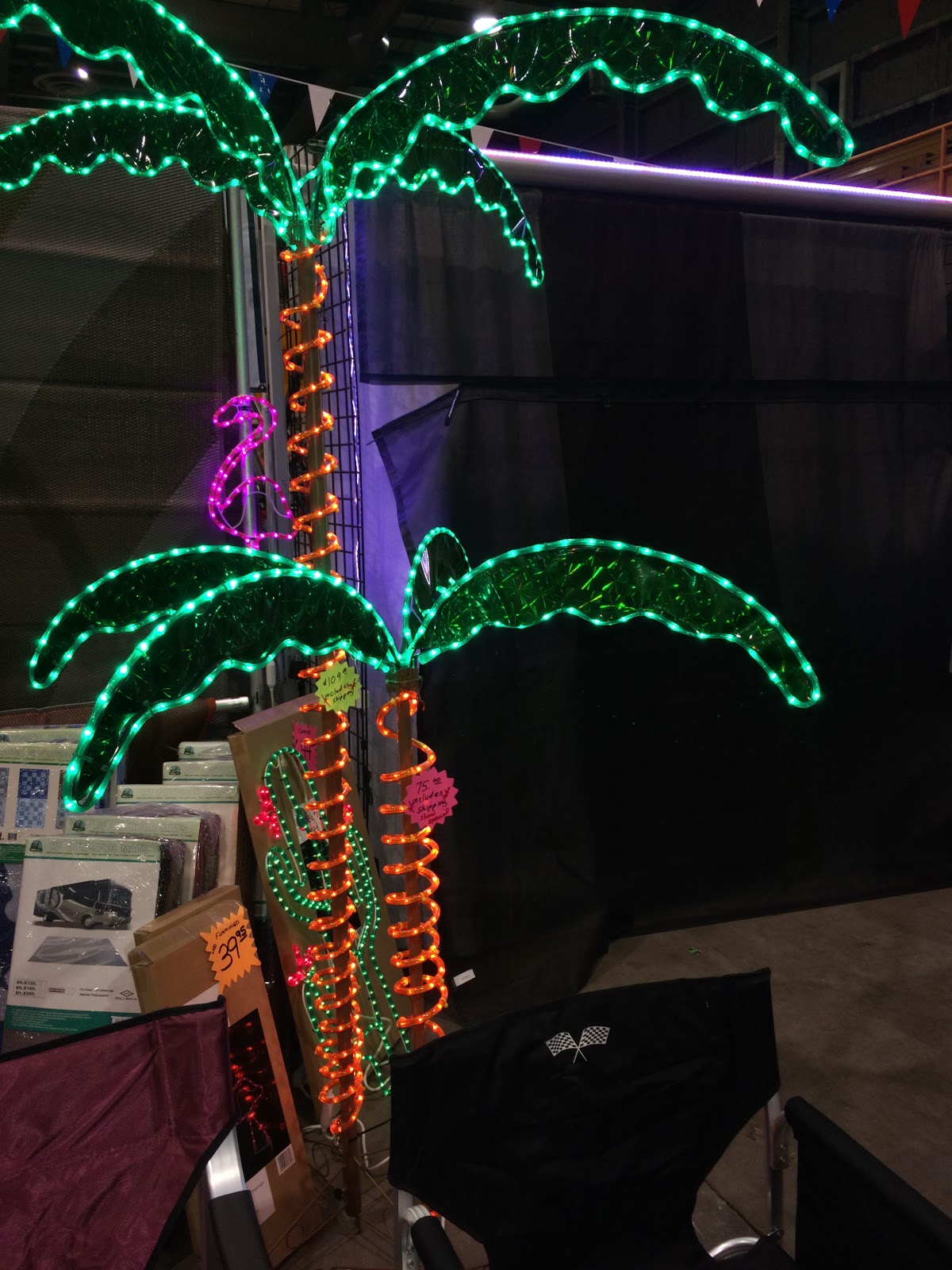 I think she believed me.

Until my next adventure..... 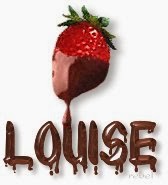 Posted by Louise at 6:52 PM No comments:

I like checking out the sites shown on the Roadside America site.   If you have a chance to get to Ona, FL, which is in the middle of nowhere, you will come upon the brain child of Howard Solomon, which he named Solomon's Castle.

Solomon started building  his castle in 1972 when he returned from the Bahamas.  His castle is over 12,000 square feet and three stories.  Don't try to photograph the castle in sunlight because he covered the entire exterior with discarded printing plates. When you leave the parking lot and walk toward the castle you will find you are walking on the yellow brick road that is actually a stamp that he made and stamped the bricks on the poured concrete leading up to the castle door.  He stated that his yellow brick road only took a couple of hours to make. 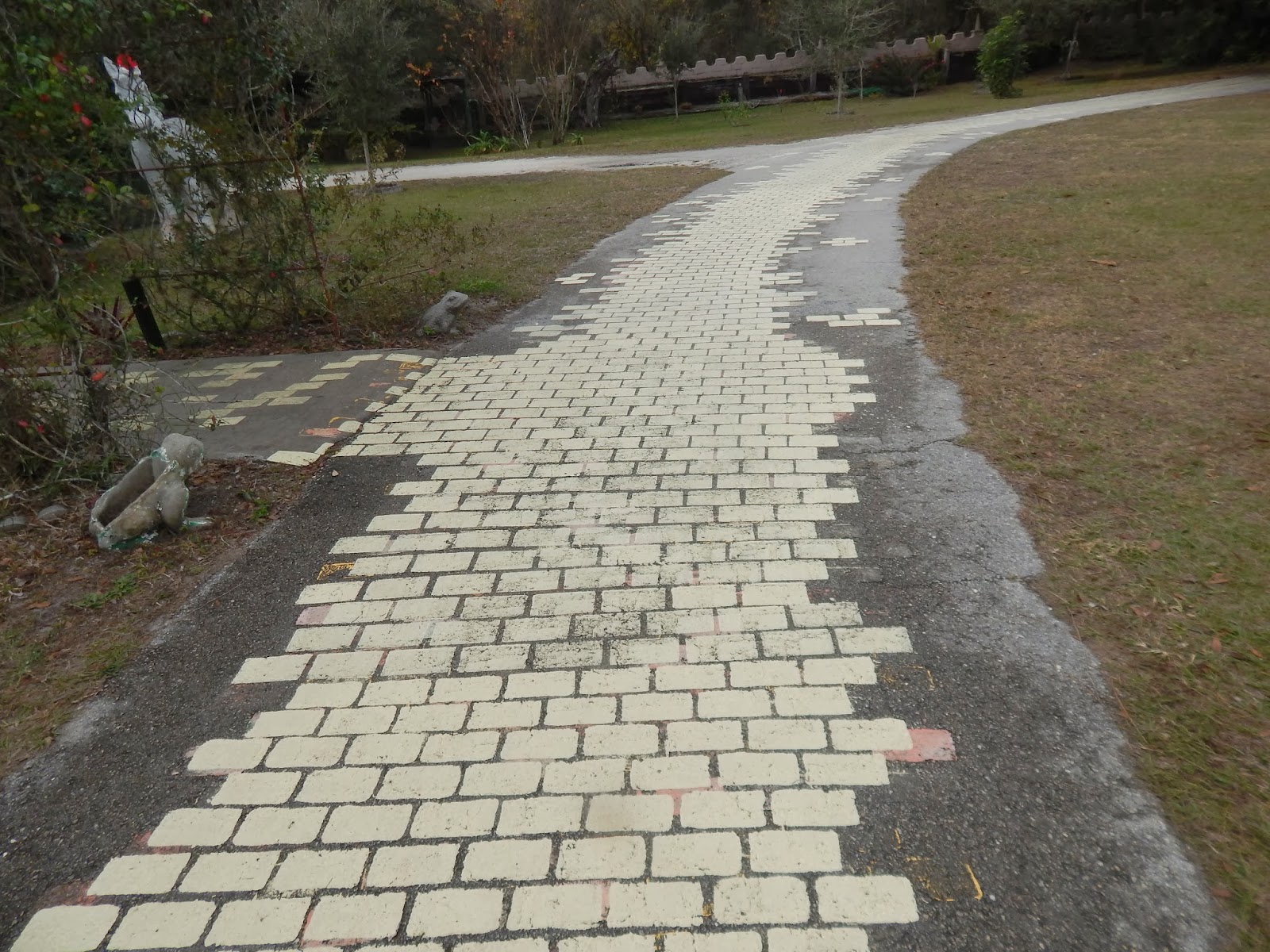 
If you are hungry, there is the Boat in the Moat which is a restaurant run by Solomon's daughter and son-in-law.  They live in the ChocolateHouse that is on the grounds of the castle.   It was named the chocolate house because of the color. 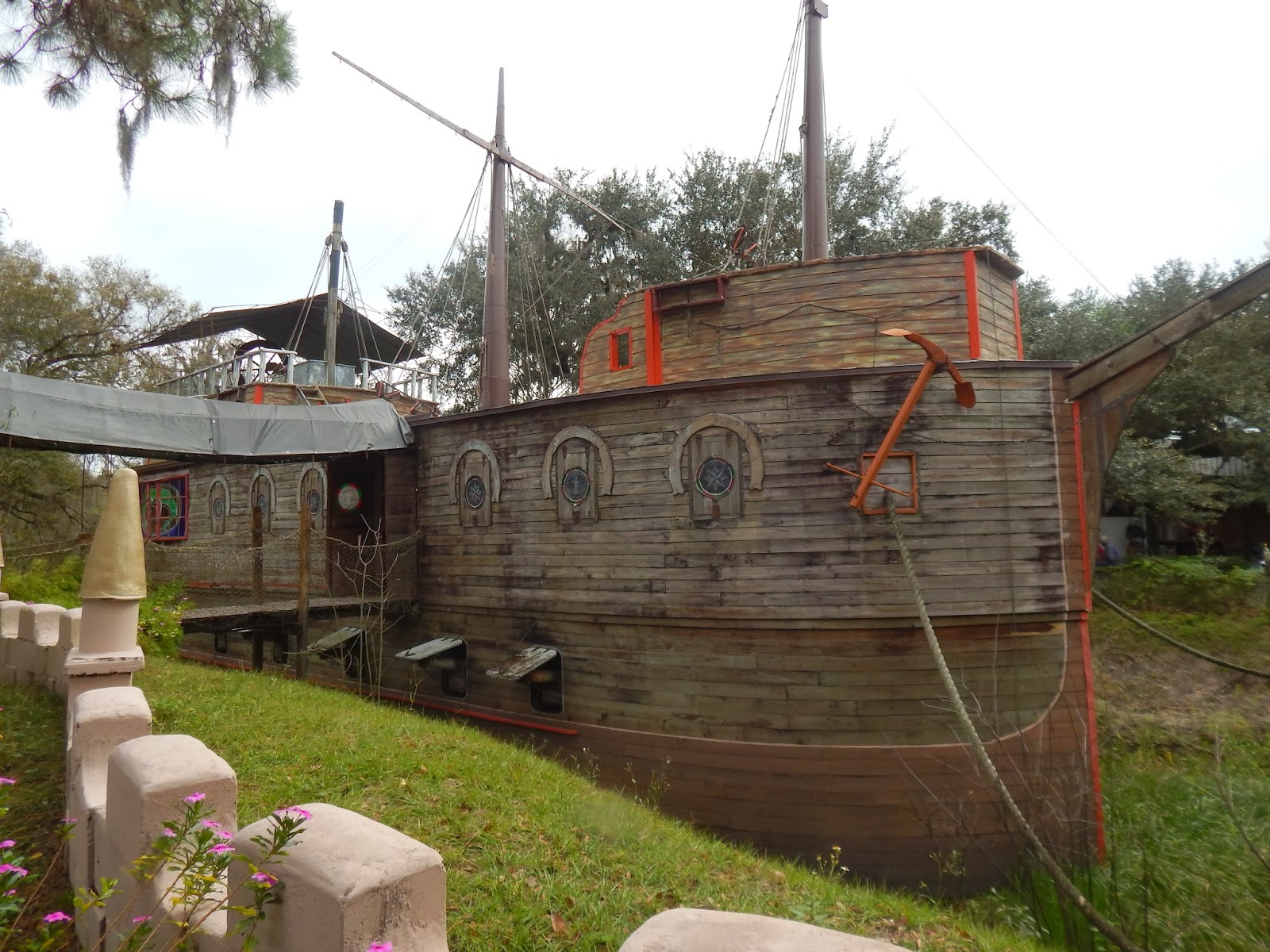 You can also spend a night in the Blue Moon Room of the castle.

As you head to the castle, you will see some very creative ways he has grown plants. 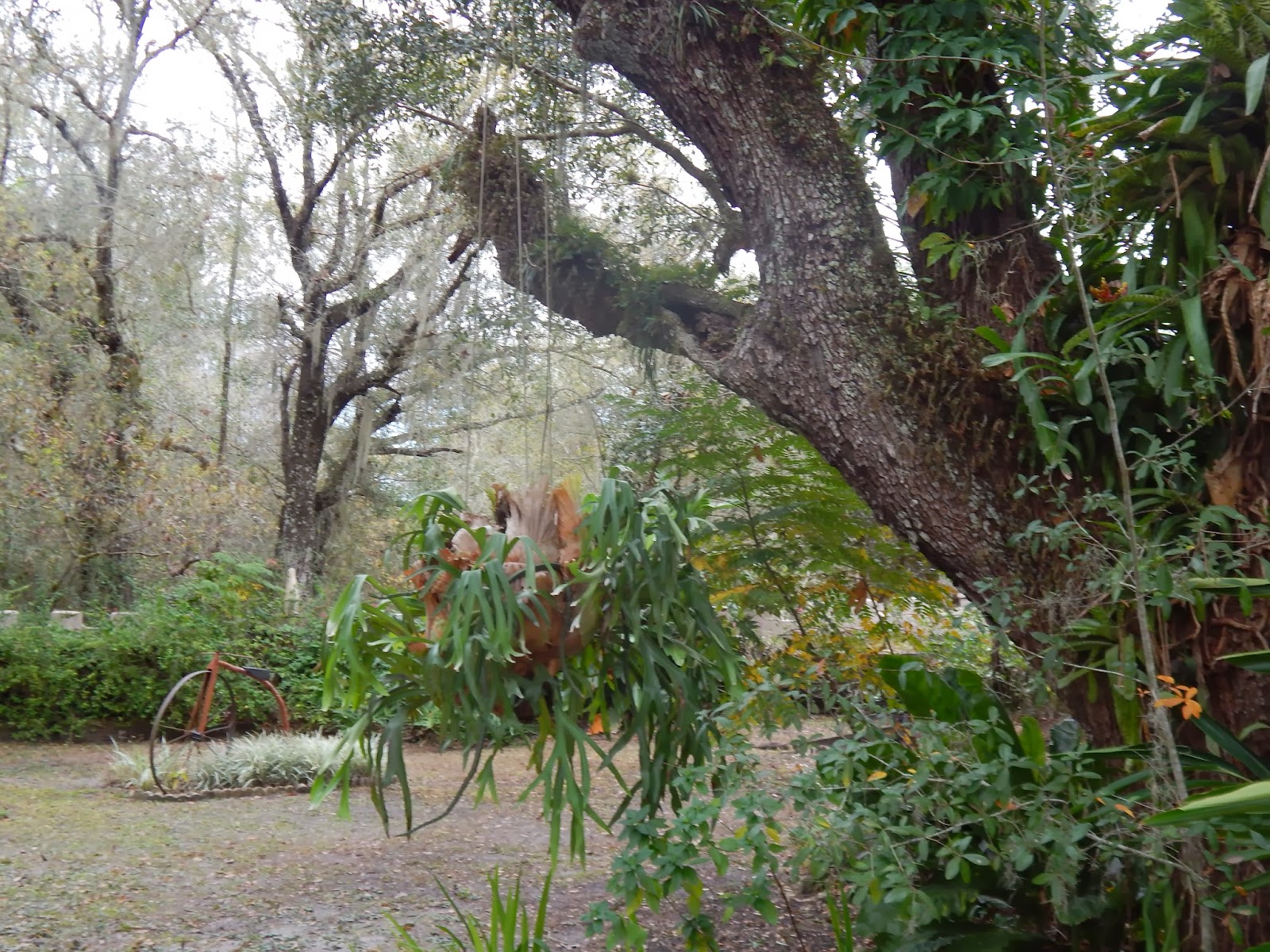 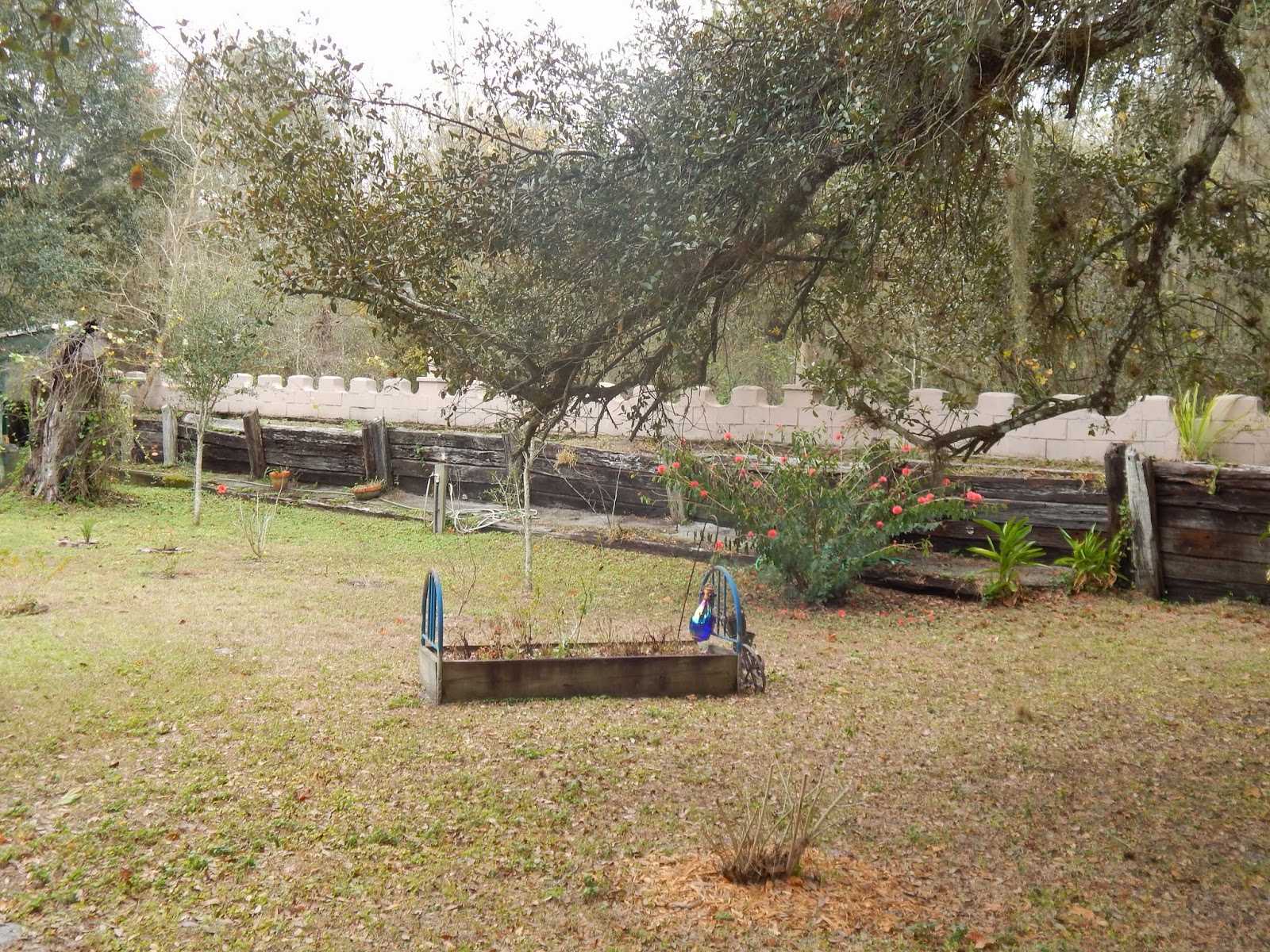 As you walk up to the front door of the castle, you have to pass is knights named "Black" and "White". 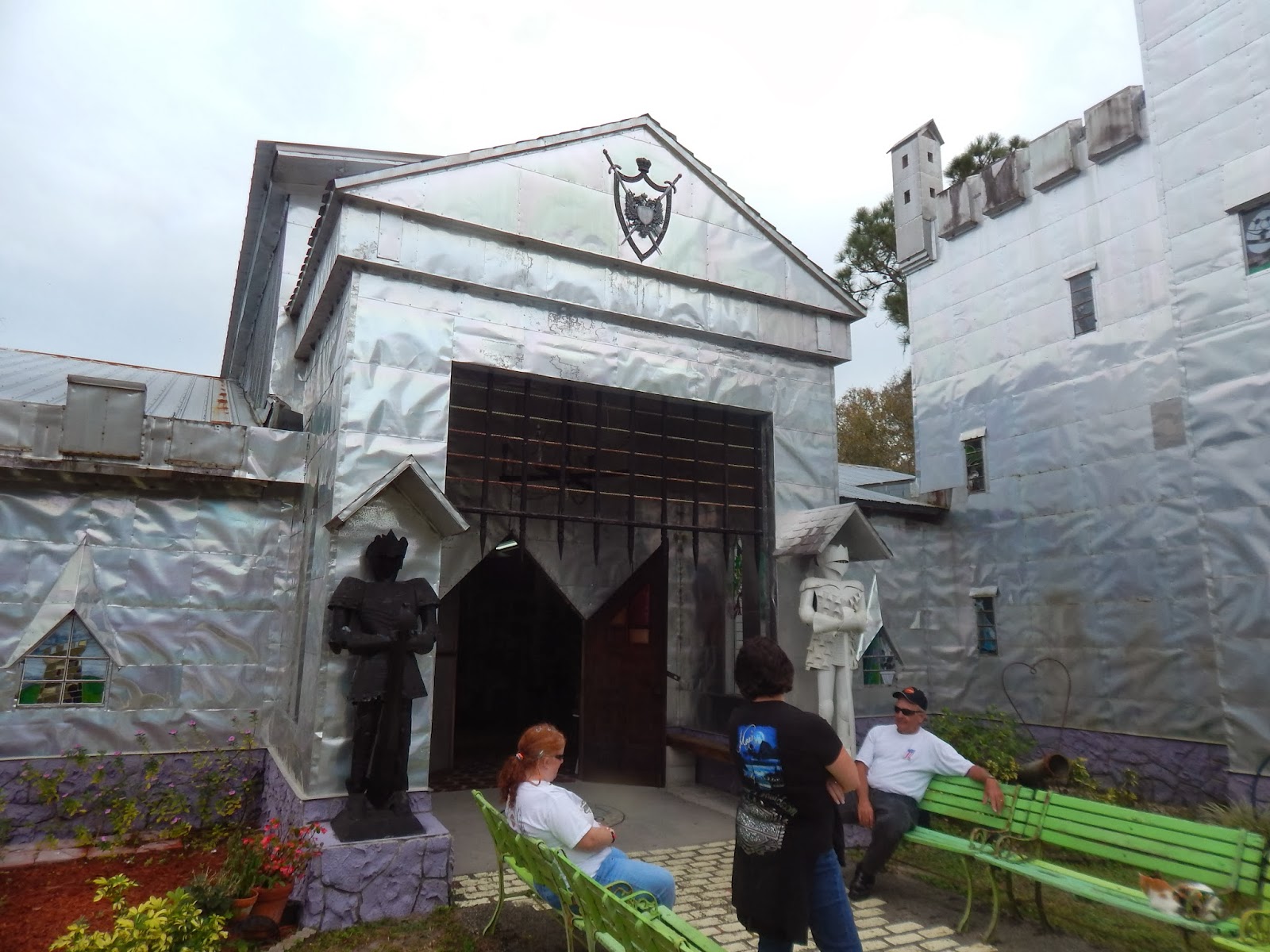 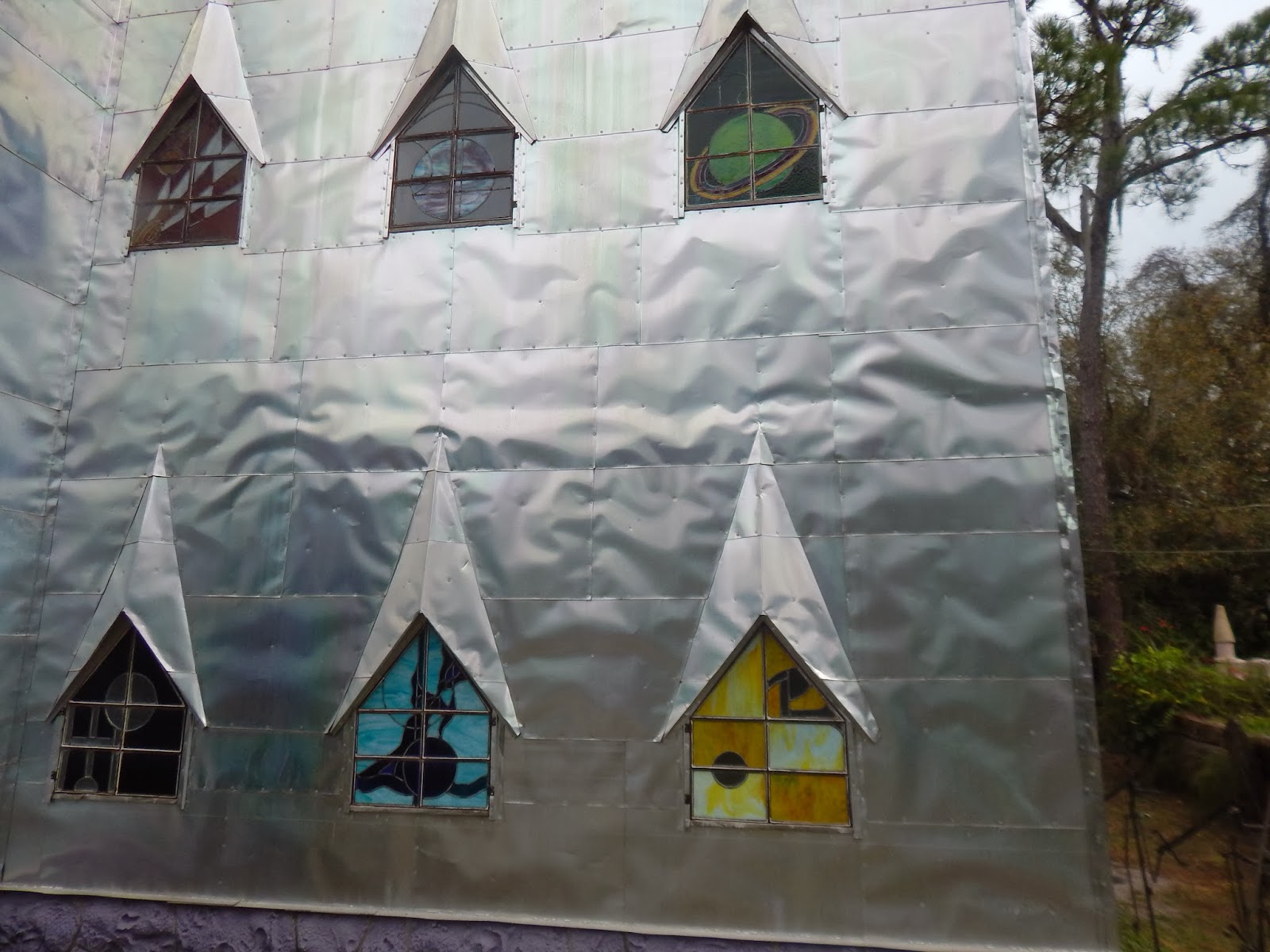 Stain glass windows were made by Solomon but they are backwards, they face the inside instead of outside. 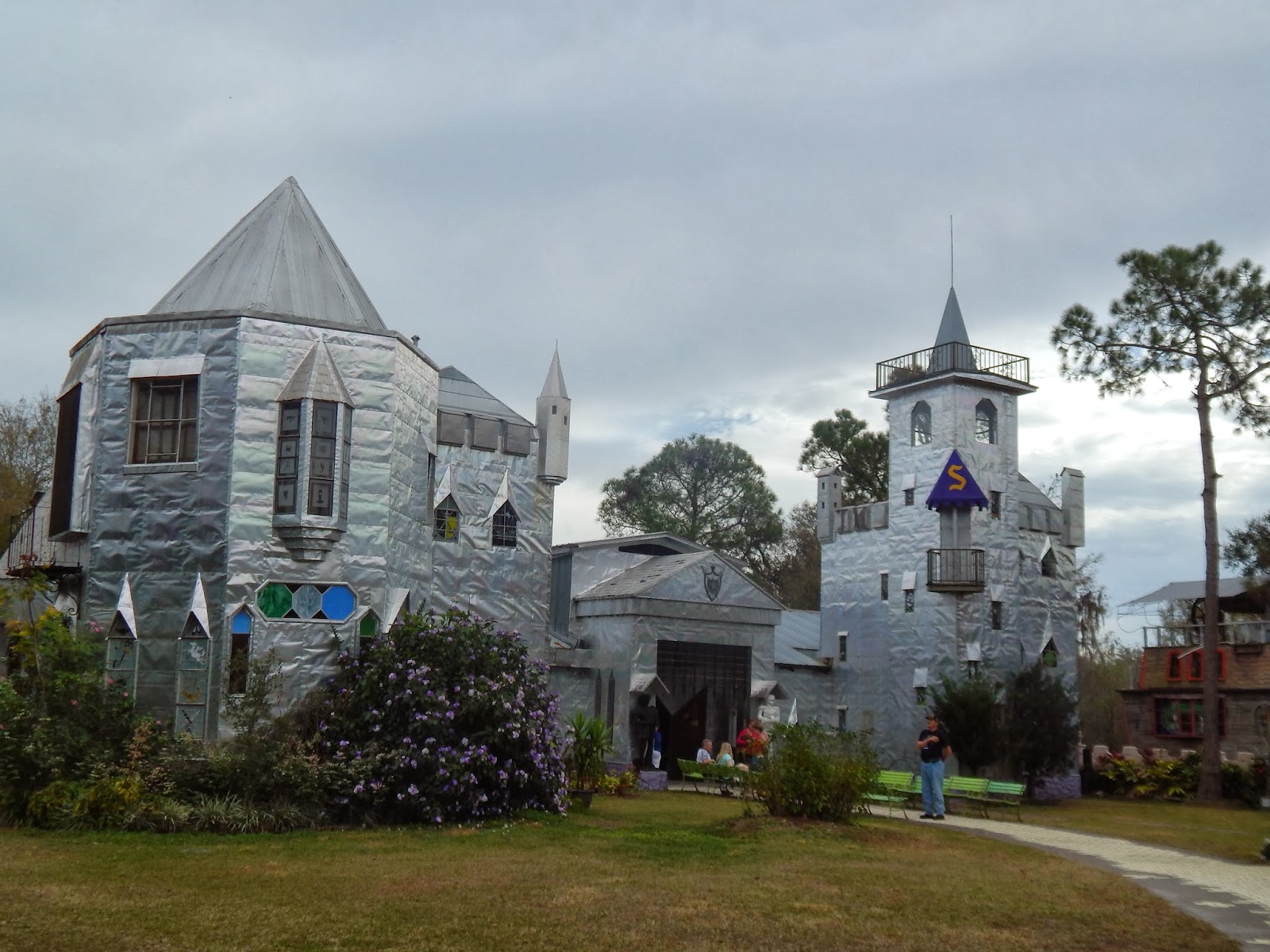 The person leading the tour was so funny that I was holding my sides in laughter.  I guess you have to have a good sense of humor to work in this house.

A tiny bit of what you will find in the house made from found objects, cans, farm implements..... 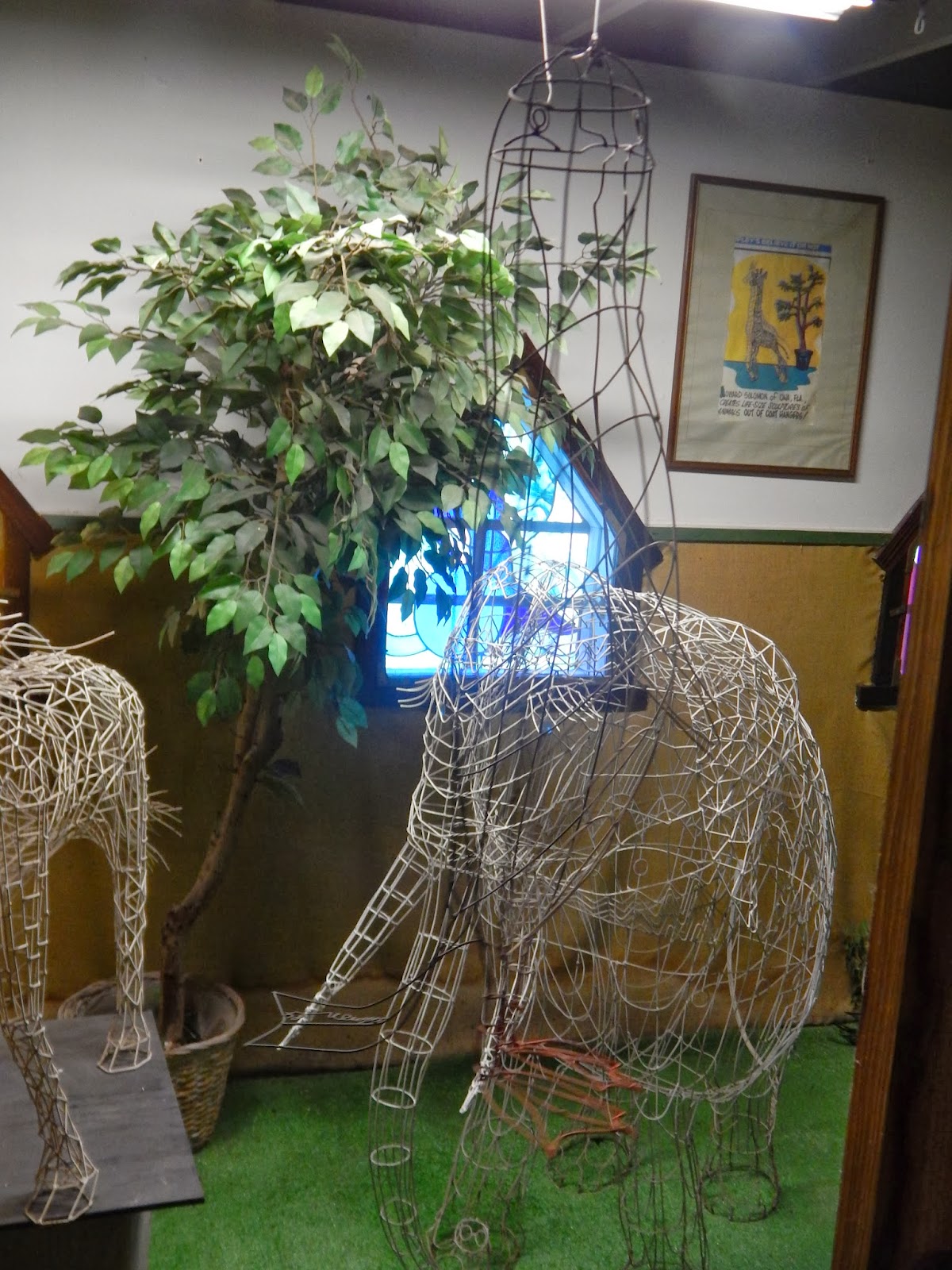 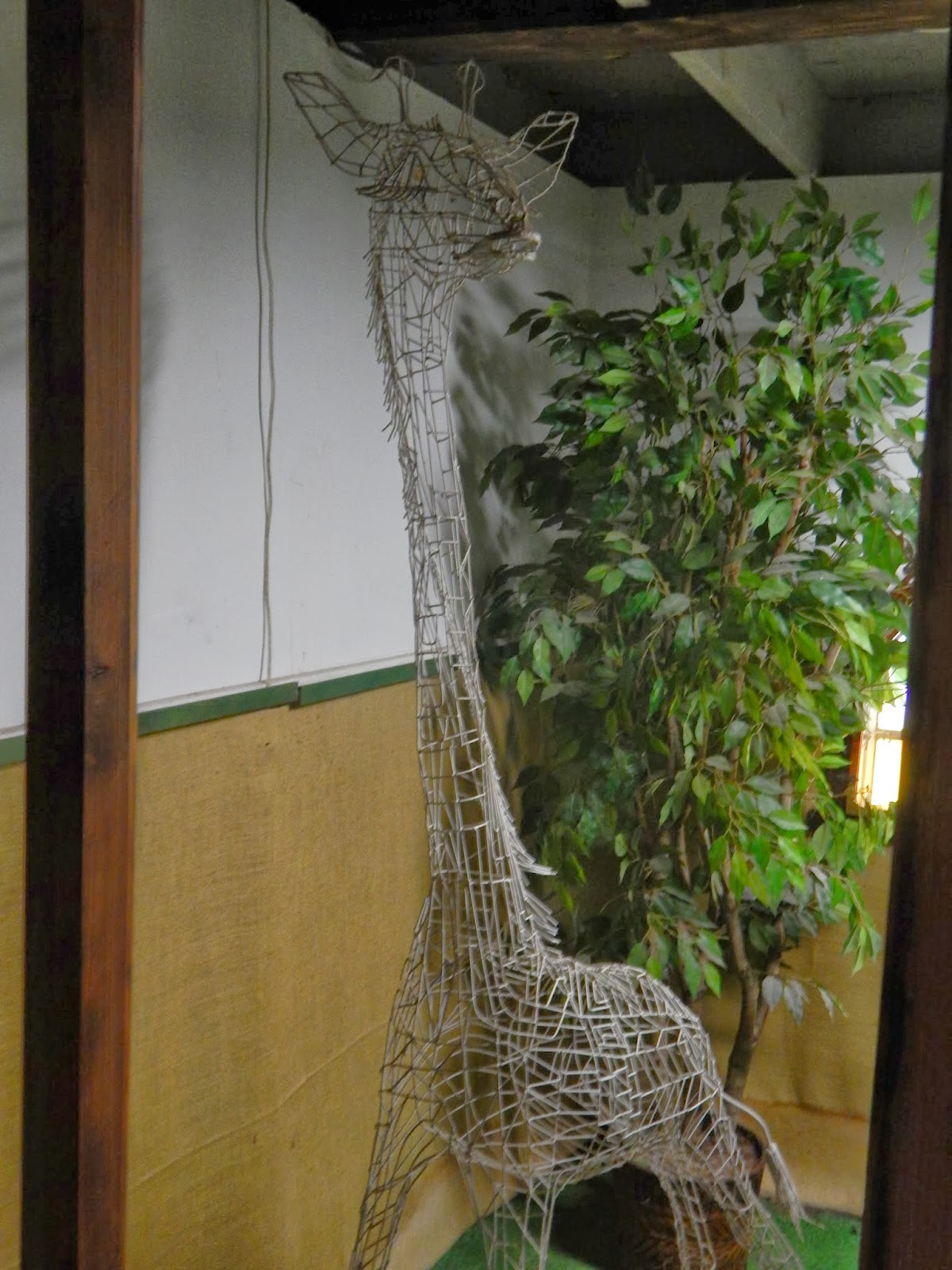 He also liked copying the masters in 3D in wood and metal.

Woman in A Hat by Picasso a la Solomon 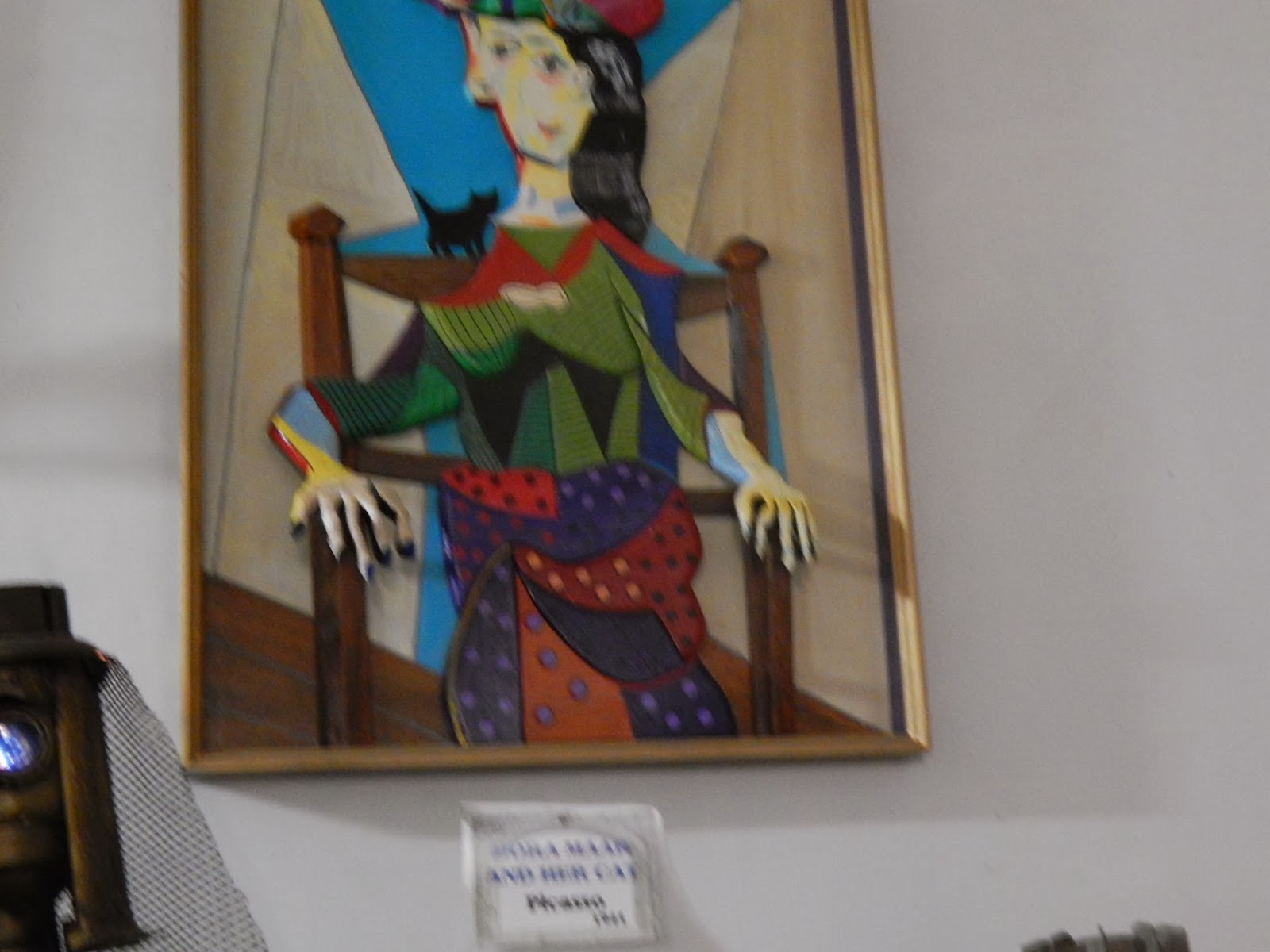 Him and Her in metal 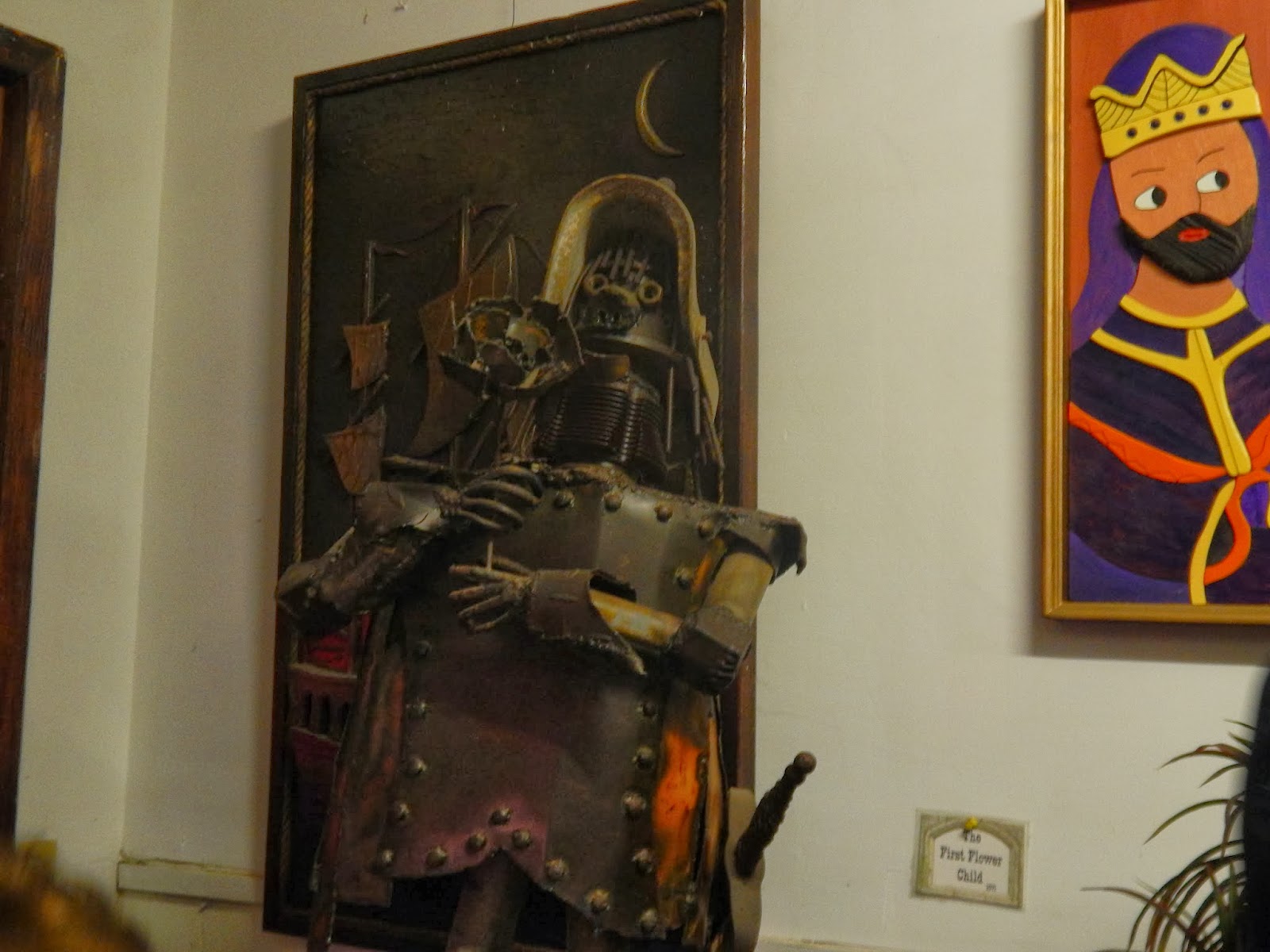 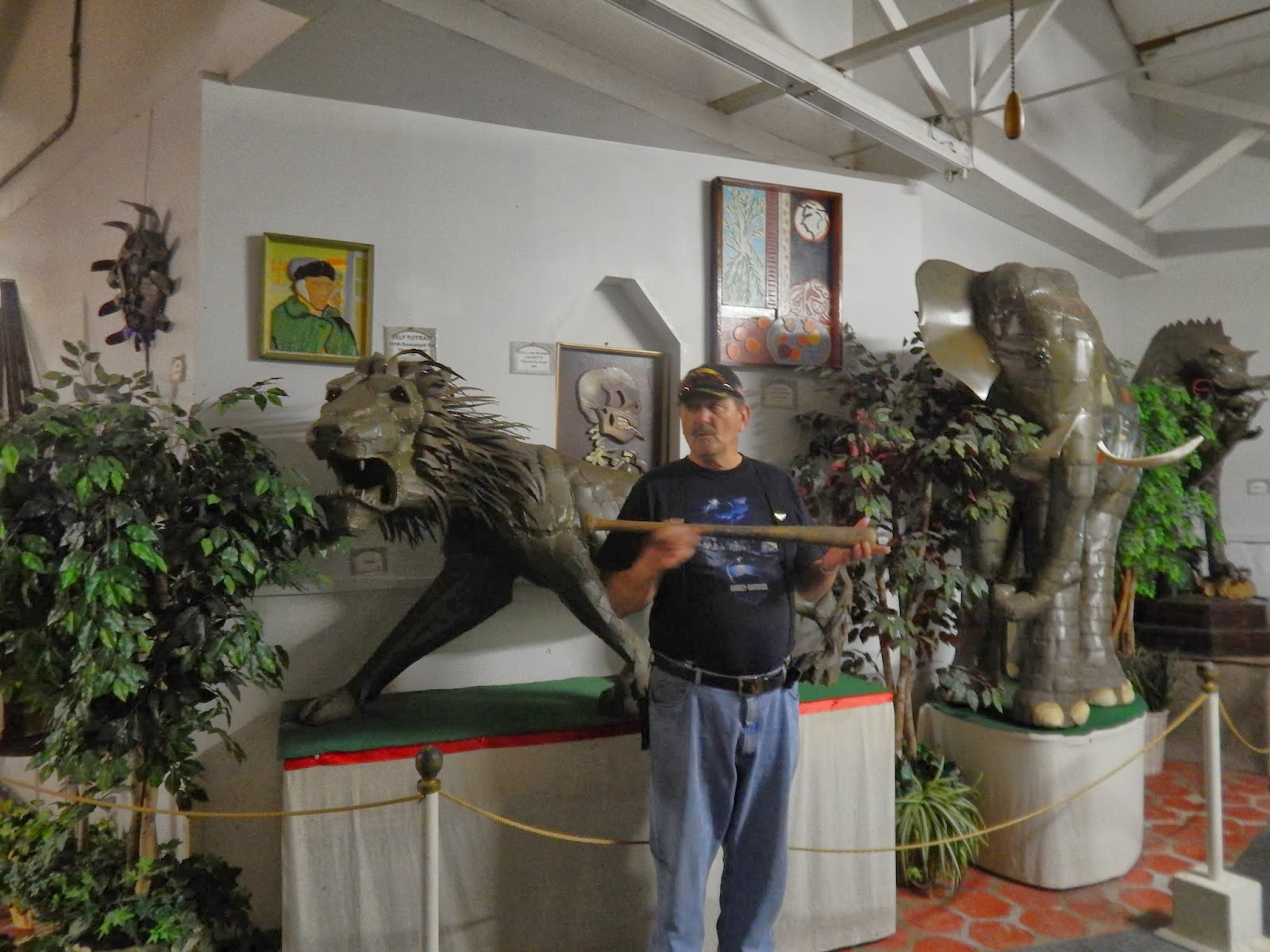 We told that we should go to the rear of the property to see Solomon's version of the Alamo that he created after visiting San Antonio. 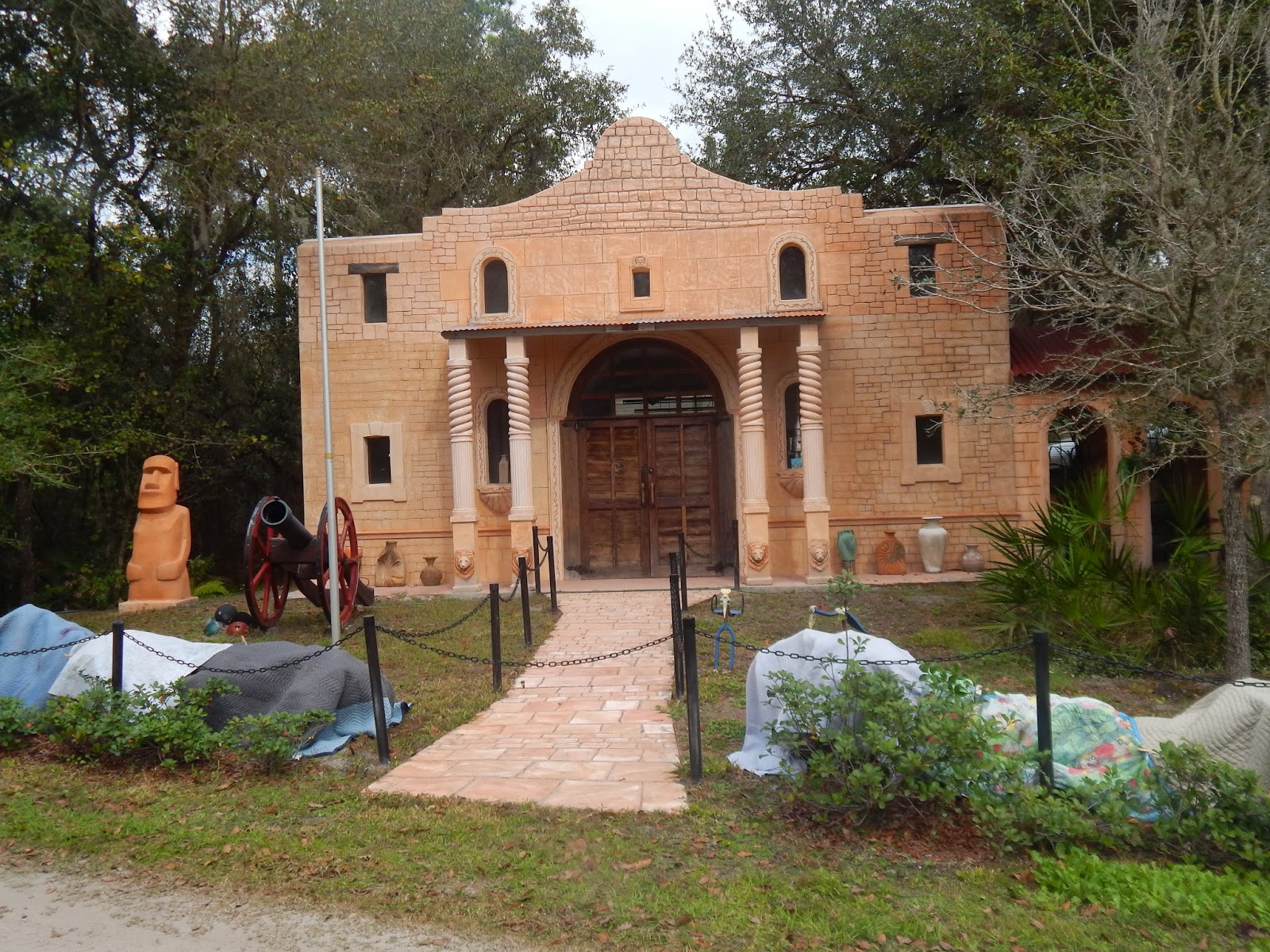 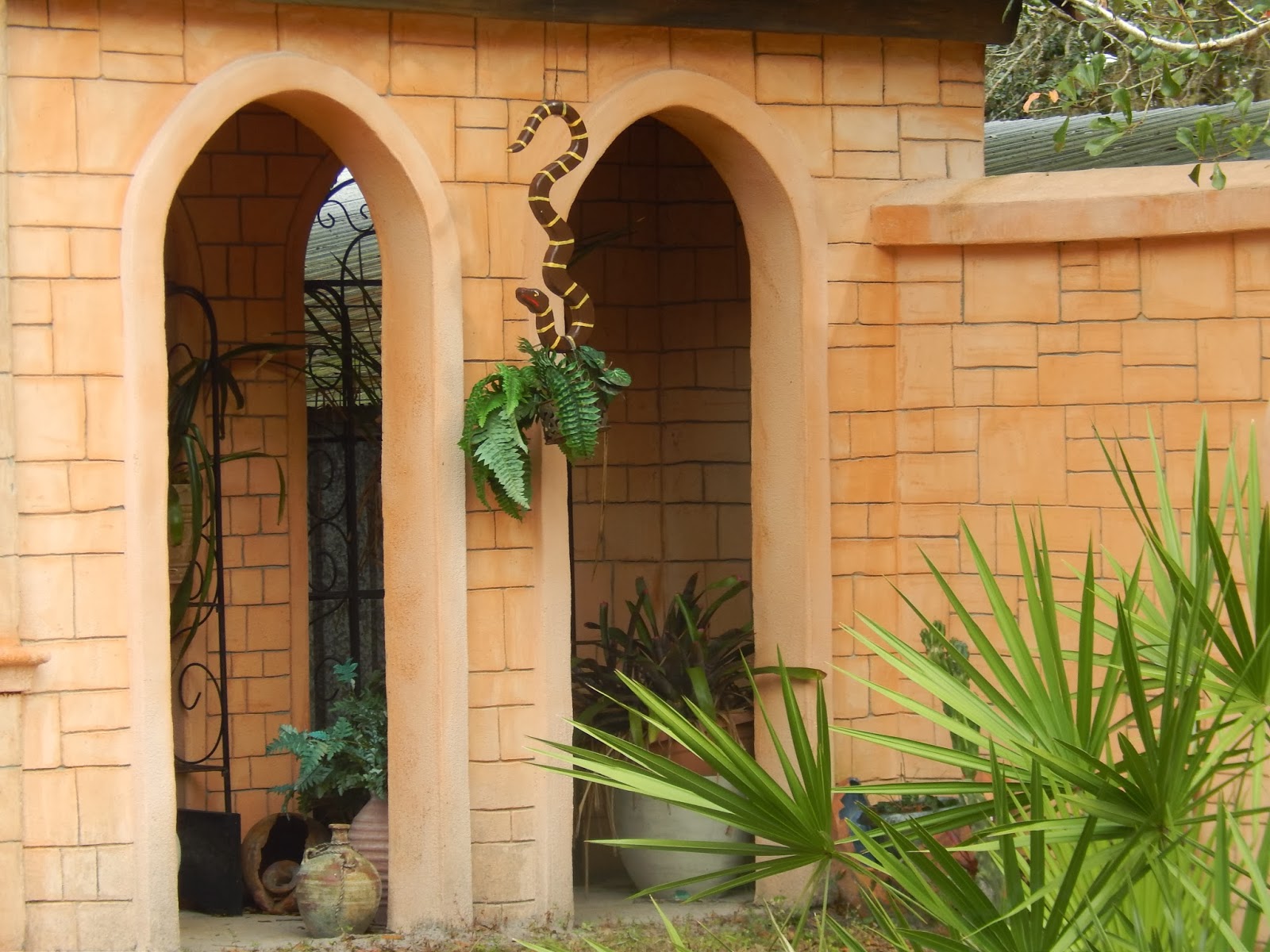 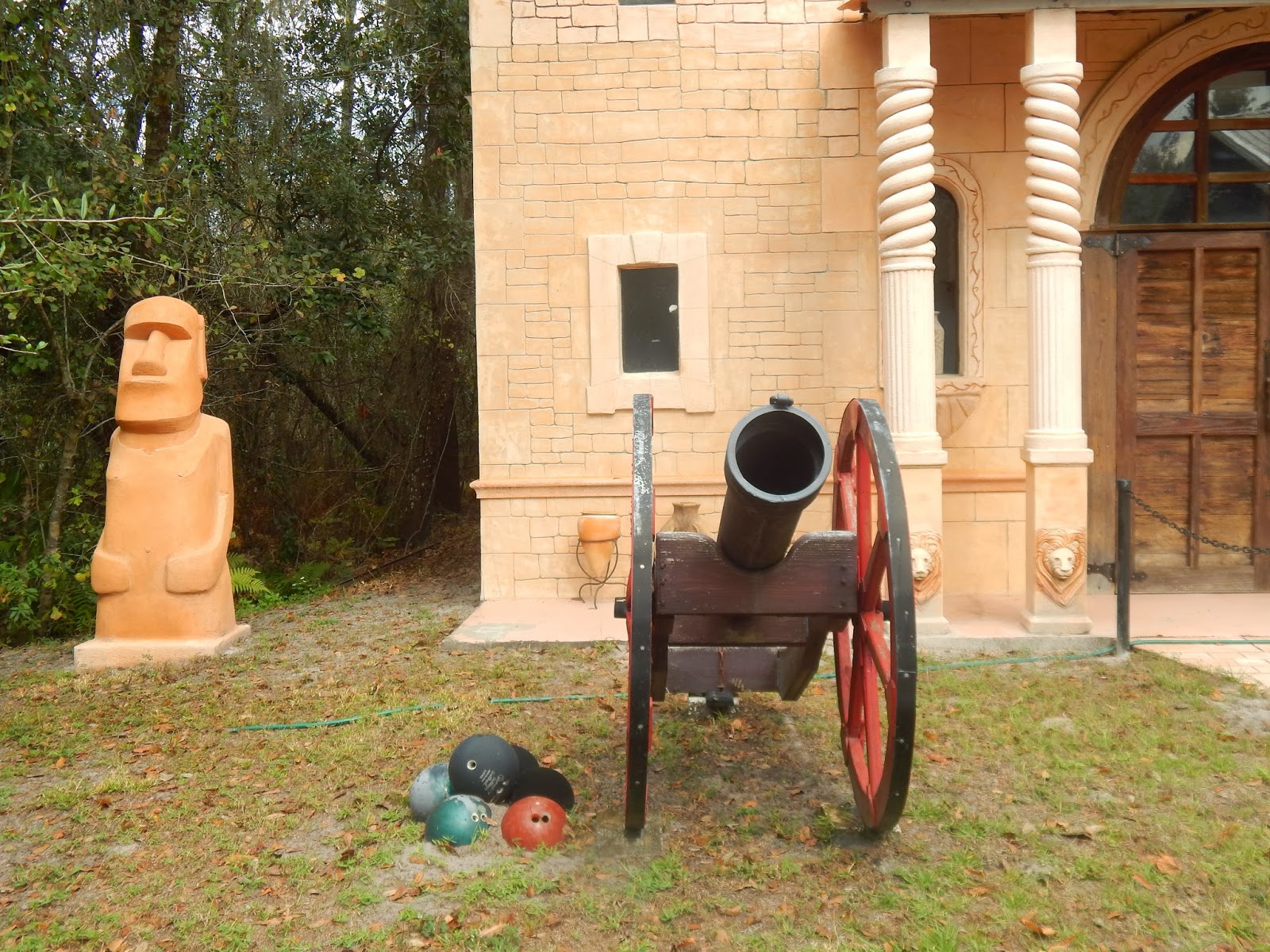 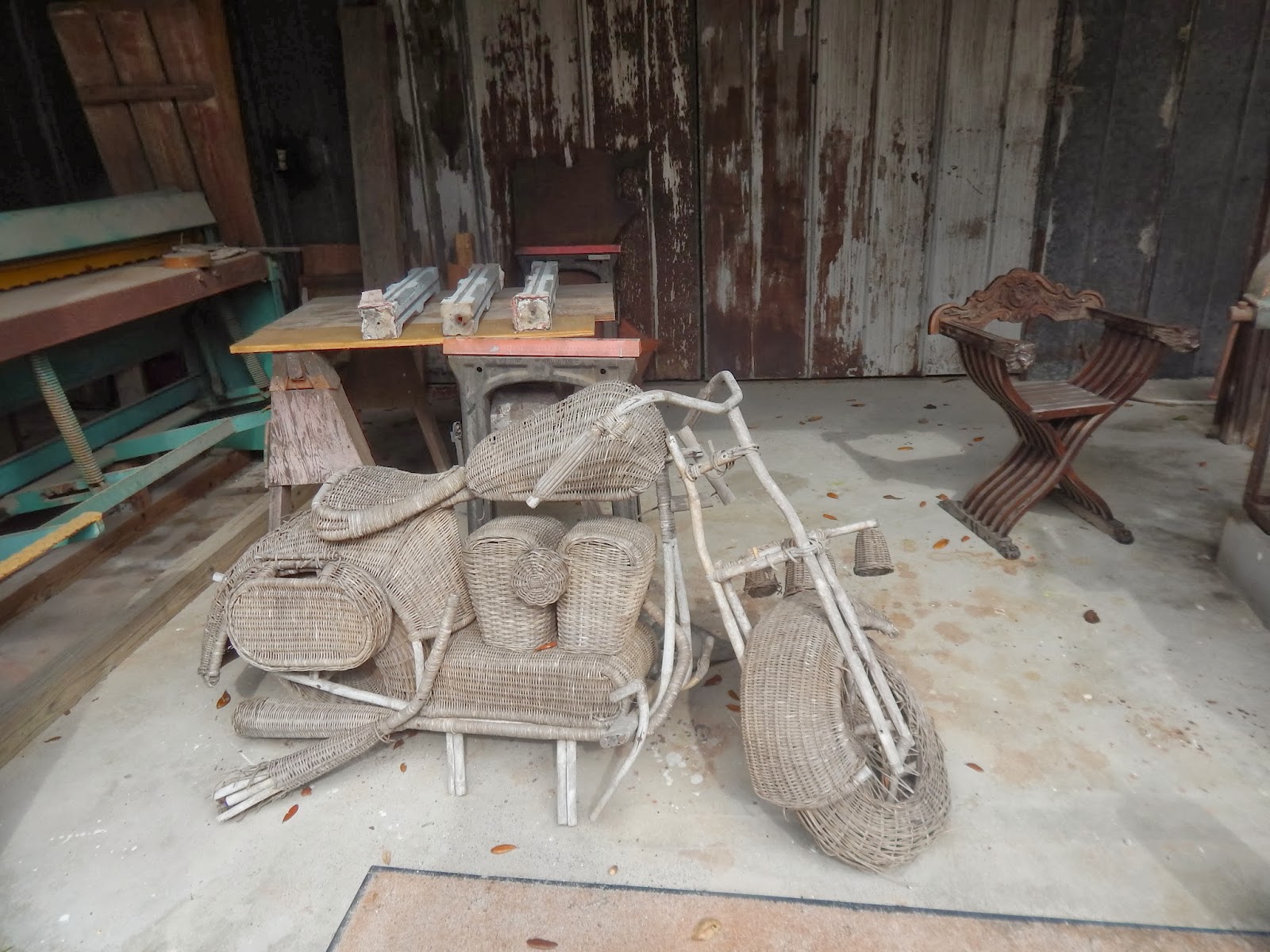 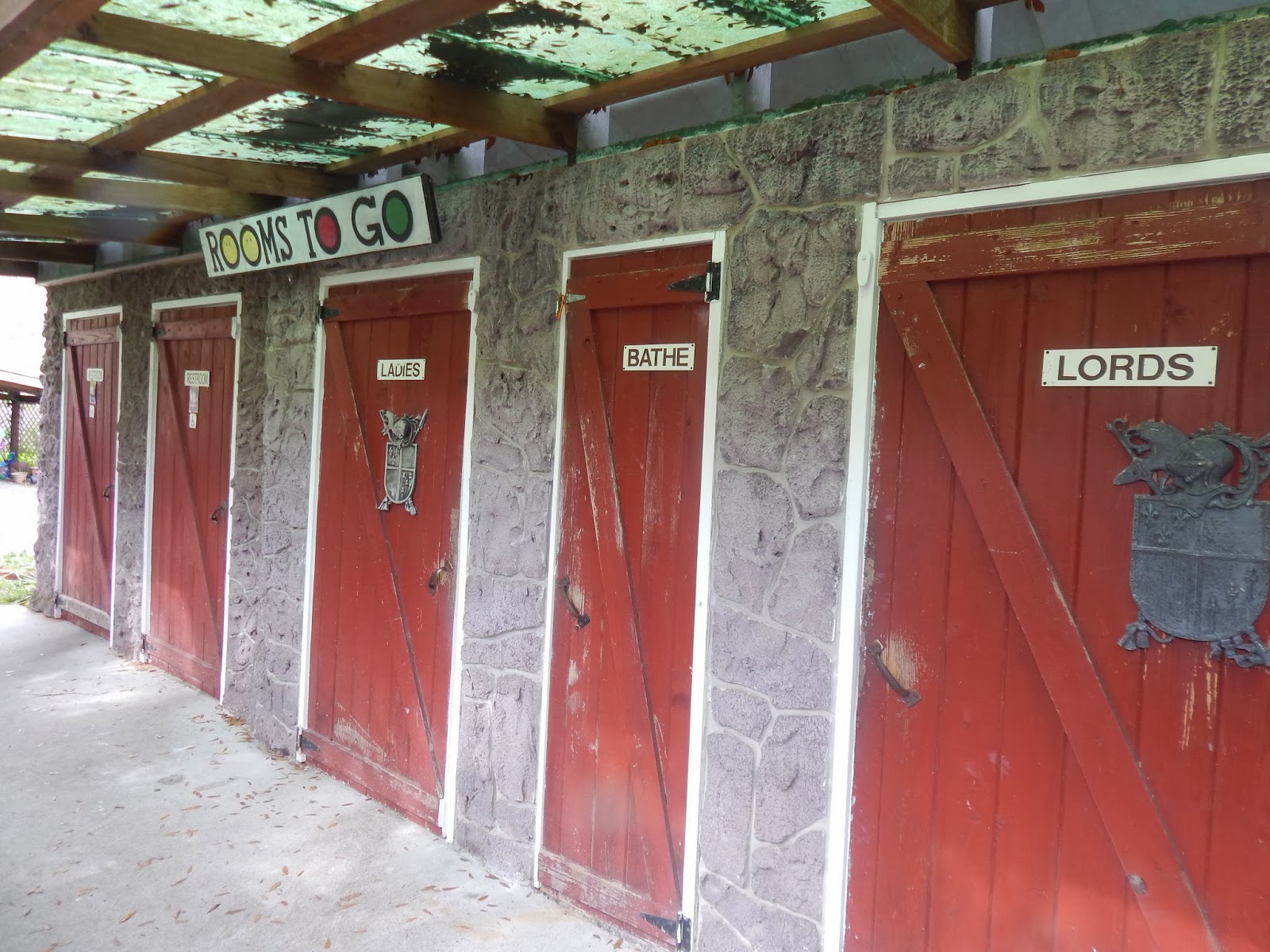 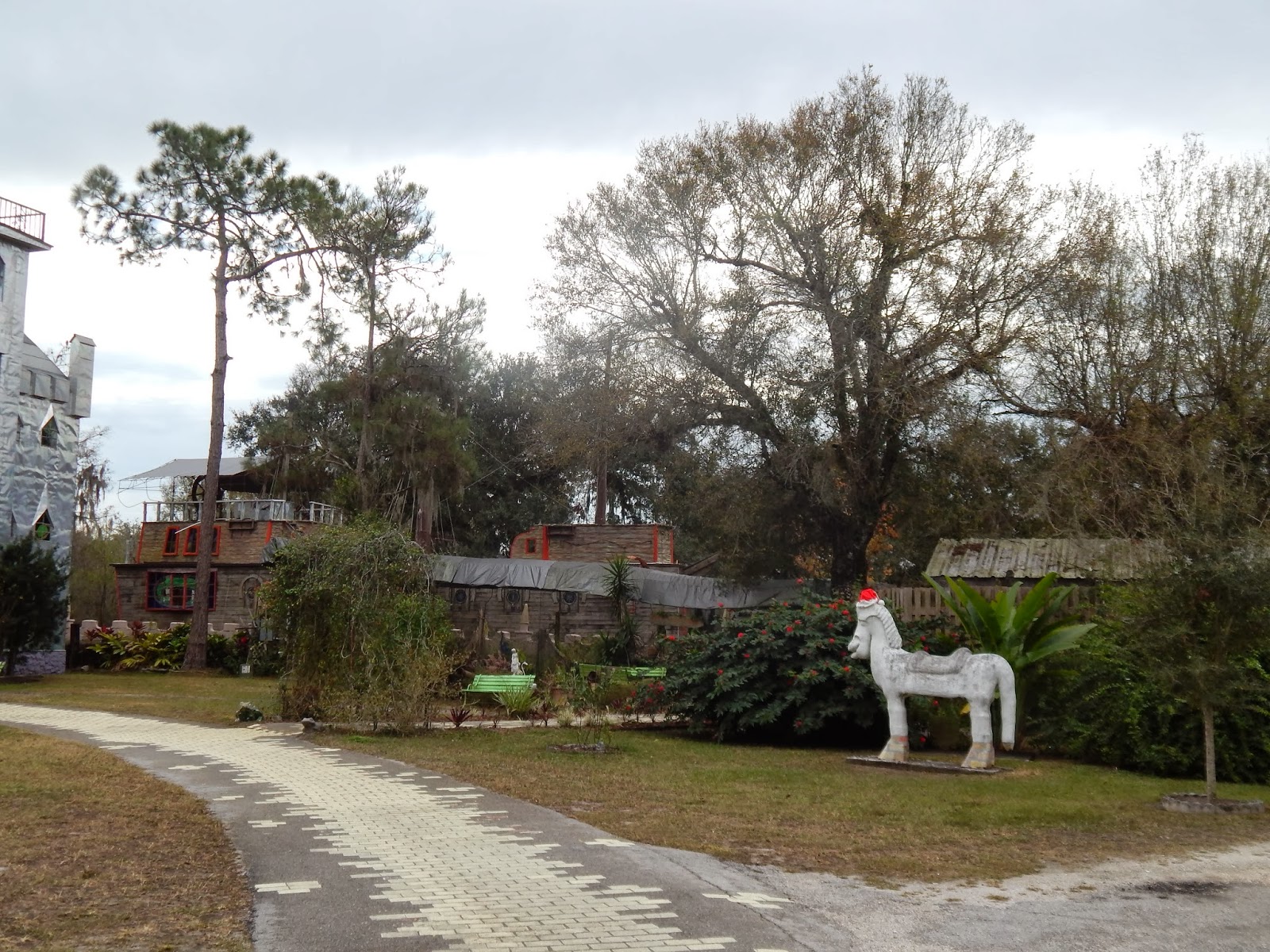 The cost is $10 to tour the home and grounds and they do not take credit cards.  This was well worth the afternoon.  What an imagination this man has.   He has made art from everything.